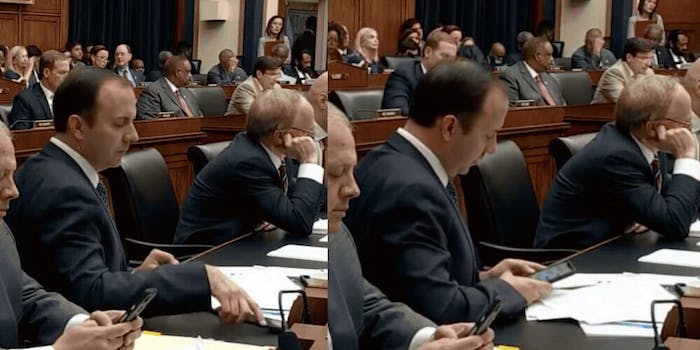 It's good to see the nation's lawmakers taking digital security so seriously.

Rep. Lance Gooden (R-TX.) appeared to reveal his incredibly poor phone passcode on Wednesday during a hearing in the nation’s capital.

Video of the incident quickly went viral, racking up millions of views and earning a spot on Reddit’s front page.

Gooden responded to the incident on Twitter Thursday by comparing himself to Kanye West, who also made headlines last year for using a weak phone passcode while visiting Trump in the Oval Office.

“Just another thing @kanyewest and I have in common,” Gooden tweeted.

Just another thing @kanyewest and I have in common. https://t.co/Vcffb2euxG

Gooden also tried to defend himself by arguing that a passcode is more secure than Face ID.

But that is only true if you actually have a good passcode. And 777777 ain’t it.

Perhaps a sitting member of Congress exposing their terrible password while one of the most powerful tech overlords is being grilled over security just feet away is par for the course in 2019.