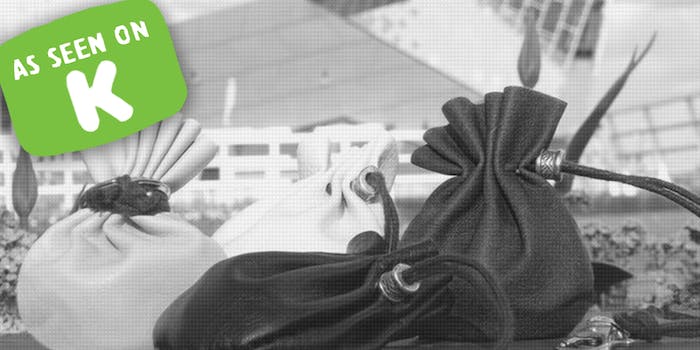 10 Kickstarter successes that are anything but

When Kickstarter debuted in 2009, creative types hoping to create the next big thing in everything from menswear to health food were given the opportunity to appeal directly to the public for funding.

It was a revolutionary concept, one that altogether bypassed the formidable gauntlet of publishers, labels, bankers, and others who used to stand in the way of suspect business ideas. The crowdfunding platform has given rise to meta-Kickstarter projects, countless parodies, and a few scams. It’s even been a comedic platform, with campaign determined to back “Dat Ass Up.”

But for every truly great idea on Kickstarter, there’s an equally terrible one, some of which have actually managed to get funded. Here’s a look at 10 successful projects that could not be called “successful” by any other objective standard.

If the phrase “comfy breasts” hasn’t already tripped some internal alarms, entrepreneur Michael C. Reilly would like to have a word with you. A handyman some have “likened … to MacGyver,” Reilly has a solution to the discomfort some women apparently feel when they sleep on top of their breasts. Unfortunately, that solution is just a hole in the mattress. No, really. This is the prototype: 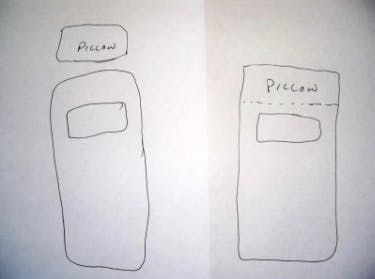 And it’s pretty close to the finished product. The success of Comfy Breasts is a measured one, and by closing in at just over $200 over its goal, we can say he may have overstated the need for this product. But there’s only one way to tell: Happy anniversary, sweetheart!

For those of you who thought Hollywood’s treatment of the hunt for Osama Bin Laden in Zero Dark Thirty was muddled by some uncomfortable moral obstacles and lacked the caustic yet hilarious one-liners blockbuster films used to deliver in the good ol’ days (1980-98), you’re in luck. Thanks to funding from viewers like you, the producers at Arrowpoint Films now have raised the capital needed to distribute their feature film Osombie, the untold story of Osama Bin Laden’s resurrection as a zombie.

Following in the footsteps of Jaws: The Revenge, Osombie simplifies a story originally based in complex conundrums and gets rid of all the boring stuff. Would you rather see the U.S. government sanctioning torture, or a shirtless guy yelling “Ahhh!” while shooting a semi-automatic weapon at zombies? The people have chosen.

“We believe that in the future iPhones will be as powerful as Tricorders, and able to sense, interpret, and record the natural world around us,” proclaimed Aaron Rasmussen, the creator of Mr. Ghost, “an EMF detector that plugs right into the headphone jack of your iPhone.”

If you’re on board with comparing real-life technology to a fictional device, you just may have the suspension of disbelief necessary to buy into the idea that a wand on your iPhone will lead you to electromagnetic fields pulsing from the undead. In reality, the only thing electromagnetic fields do is make you think you see ghosts, in which case it might have been more helpful (and more safe) if Mr. Ghost just led you to magic mushrooms.

Tired of your guild-mates and LARPing buddies constantly outshining you with their fancy chainmail and pinch-perfect Monty Python quotes?  Then maybe it’s time to lay down some geldings and impress them with the Sacco, the “first coin sack on Kickstarter.” The 36-second video above offers some valid advice: “Don’t loose [sic] your money.” But isn’t that the point of your pockets? And if your pockets aren’t reliable, where are you going to place your Sacco?

The Comeback is our chance to get close and personal (again) with Angelina Pivarnick, a member of the Jersey Shore cast whose unhappy place among reality TV also-rans will always rate one step below a character named “J-Wow.”

This project looked destined to fail, but at the last minute funding reached the suspiciously exact amount of 8,000. What we can expect from The Comeback? Nothing less than Pivarnick shopping in sunglasses and complaining about how dirty the backseat of her car has become.  If you thought Jersey Shore pushed the boundaries what passes for television, think again.

A work of guerrilla filmmaking from “3 of Switzerland’s most known actors” shot in just eight days, Who Killed Johnny? bills itself as “A Tragic Euro Trash Comedy,” though with the heavily accented English and the amount of cleavage involved, you’d be forgiven for thinking this was a softcore sendup of The Room. None of the principals involved give a very cognizant response as to why one should support this film—which is weird considering they’re the ones asking—but nevertheless, they reached their goal.

For a small contribution, you too could (and still can) own a miniature flying ass with wings. But wait, there’s more! Creator Joe Broggio has supplemented this suppository with its own origin story, something involving the “Butt Wars” and a cast of (hopefully mute) characters. This project is actually kind of amazing, but contemplating the scataological obsessions of a public willing to fund an ass-centric project at 25 times its original asking price is a little troubling. 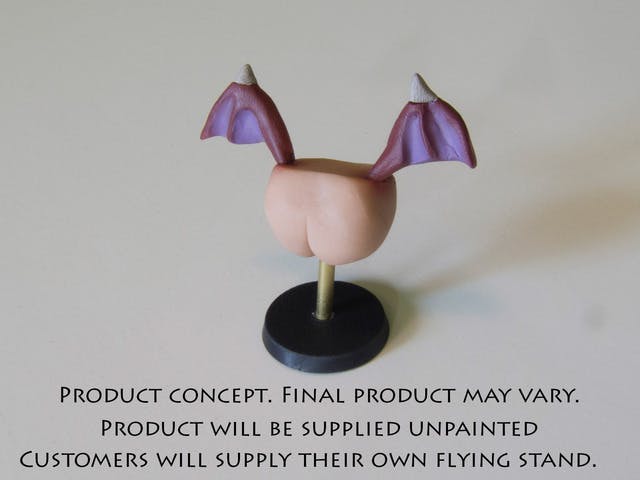 Lots of people like phone sex, and lots of people like horror. However, the likability of said things doesn’t mean they were destined to be together, which is why you don’t see a lot of petting zoo/nightclub combos, for instance. Then again, maybe you feel—like filmmaker Nicole Solomon does—that what a sex phone fantasy production really needs is more “death” and “gore.” In that case, Small Talk may be the film for you.

While all of the above ideas may not fall into your preconceived notions of “fundable” or “necessary,” it’s only now that we’ve reached the outer universe of what’s morally suspect. Enter Tentacle Bento, a card game that its creators call “cheeky satire” but more closely resembles your typical sexist boondoggle that may (or may not) condone rape. Satirically, of course. Kickstarter suspended funding for the project.

10) Above the Game: A Guide to Getting Awesome With Women

Ken Hoinsky’s book Above The Game made $16,000 on Kickstarter before his project dedicated to “helping out men … sorting out their love lives” was scrubbed from the site due to a rash of controversy over its contents.

But unlike, say, The Game by Neil Strauss—a much earlier introduction to the “seduction community” of male pickup artists—Above The Game was not picked apart for simply for being misogynistic or poorly written but for advising its readers to give rape and sexual assault a chance. This simple, altruistic guide to helping men be better lovers includes advice like, “Don’t ask for permission, GRAB HER HAND, and put it right on your dick,” and proceeds from there.

As expected, at least a few individuals protested Kickstarter’s move as an act of censorship, disregarding the freedom the site has to maintain its own standards and autonomy. Hoinsky ultimately issued an apology, stating, “In the most offensive and controversial parts, I chose my words poorly. Very, very poorly.”