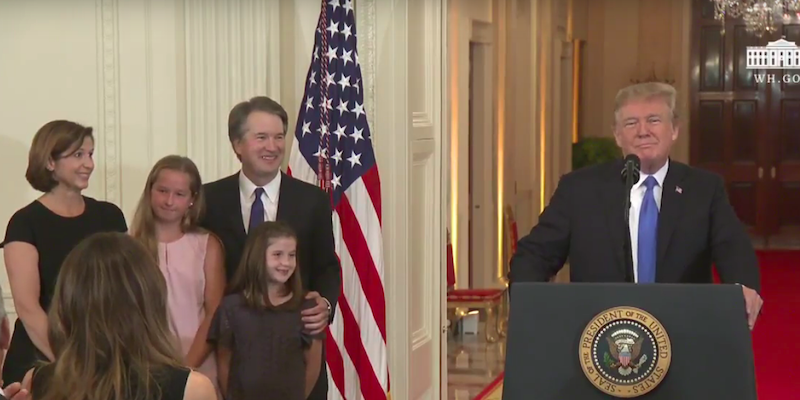 If he's confirmed, the court will lean conservative in the decades to come.

“The nomination of Judge Kavanaugh comes after a selection process marked by an historic degree of transparency, including the President’s public disclosure of a list of 25 highly qualified potential nominees to the Supreme Court,” the White House said in a press release on Monday evening.

Kavanaugh’s nomination, if confirmed by Congress, would turn the Supreme Court conservative for decades to come and could have major implications by hearing challenges to  cases like Roe v. Wade. He was the favorite pick among many Republican lawyers but was seen as not socially conservative enough according to some, the Washington Post reported.

Up to the end, Democrats held onto naive hope that Trump would pick Merrick Garland, the judge Republicans blocked from being placed on the Supreme Court in 2016. Last week, Senate Minority Leader Chuck Schumer (D-N.Y.) spoke on the phone with Trump to try and convince him that a nomination for Garland would “unite the country.”

Kennedy, whose votes notoriously teetered between conservative and liberal leanings, on June 27 announced his retirement, which goes into effect on July 31.