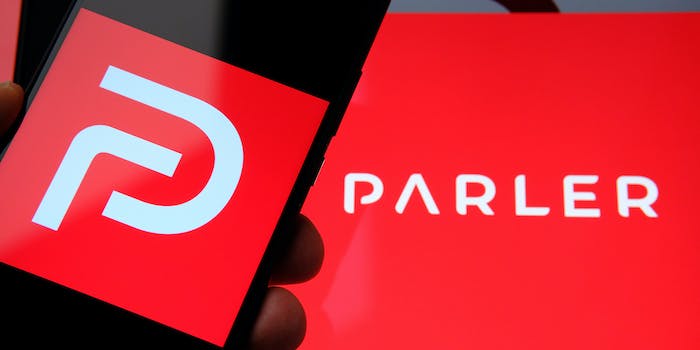 The judge referenced the U.S. Capitol riot in her ruling.

A federal judge ruled on Thursday, in a Seattle court hearing, that Amazon doesn’t have to reinstate hosting services for social media platform Parler. Parler, bumped from Amazon Web Services on Jan. 11, had filed a lawsuit to try to get its AWS digital infrastructure support restored.

The Seattle Times reported that in her ruling, U.S. District Judge Barbara Rothstein said Parler getting back online didn’t square with public interest given “the kind of abusive, violent content at issue in this case, particularly in light of the recent riots at the U.S. Capitol.”

“That event was a tragic reminder that inflammatory rhetoric can — more swiftly and easily than many of us would have hoped — turn a lawful protest into a violent insurrection,” Rothstein wrote in her decision. “The Court rejects any suggestion that the public interest favors requiring AWS to host the incendiary speech that the record shows some of Parler’s users have engaged in.”

Parler’s lawsuit expresses a three-fold complaint against Amazon: conspiracy in restraint of trade, in violation of the Sherman Act; breach of contract; and tortious interference with business expectancy. The lawsuit also claims that “around the time of the 2020 presidential election … millions of users were abandoning Twitter and migrating to the Parler platform.”

Amazon’s concerns about Parler rests in part with unmoderated content, and that issue came up in Thursday’s hearing. Parler contends, according to the Seattle Times, that it “was on the brink of deploying technology powered by artificial intelligence to screen posts for potentially harmful content.”

Amazon attorney Ambika Doran argued, “There is no reason to think (Parler) could develop an effective moderation plan. They had been unwilling to and unable to.”

Rothstein sided with Doran, saying Amazon “has convincingly argued that forcing it to host Parler’s users’ violent content would interfere with AWS’s ability to prevent its services from being used to promote — and, as the events of January 6, 2021 have demonstrated, even cause — violence.”

As Alec Stapp noted on Twitter, the ruling noted “the evidence it has submitted in support of the claim is both dwindlingly slight, and disputed by AWS.”

Since partially reemerging on Monday night—appearing to be hosted with help from a Russian technology company—Parler hasn’t gained any new functionality but has added to the static home page that Chief Policy Officer Amy Peikoff said was a step en route to restoring the platform’s capability.

It has, however, gained three additional “parleys” on the homepage from high-profile, right-wing supporters.