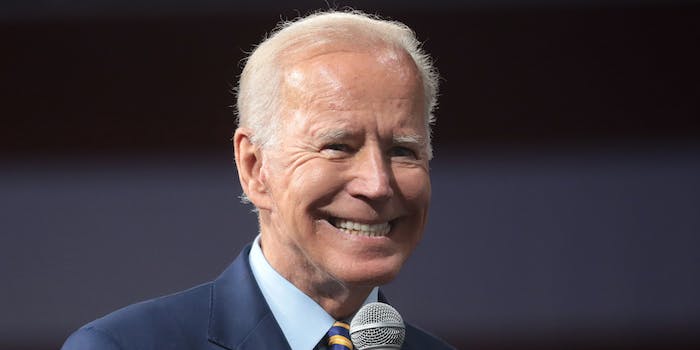 Nothing seems to stick.

Hillary Clinton’s loss in the 2016 presidential election was the culmination of a three-decade-long campaign to discredit her through a seemingly endless deluge of conspiracy theories and hoaxes. From the “Clinton Body Count” and Whitewater at the beginning of her husband Bill’s first term to Benghazi and her email server scandal later, an entire industry of conservative media was devoted to creating and exposing—and, most importantly, hyping—scandals and plots. One conservative publisher estimated there would be over 40 books about Hillary written before the 2008 presidential primary was decided. That was followed up by another dump of inflammatory anti-Clinton books coming before and during her 2016 run.

Those two runs were bracketed by the presidency of Barack Obama, himself the subject of innumerable conspiracy theories. Obama’s country of origin, religion, education, patriotism, birth certificate, and sexual orientation, as well as the potential murder of his enemies, the gender of his wife, and even his potentially going to Mars as a teenager were all grist for the same conspiracy theory industry that went after the Clintons. It was former President Donald Trump’s embrace of the Obama birth certificate conspiracy that first put him in the public eye as a potential politician, rather than a tabloid fixture and reality TV star.

Despite having no future as candidates for national office, Hillary Clinton and Barack Obama continue to be the subject of viral conspiracy theories about their supposed pedophilia and corruption, and what strings they’re pulling to stop Trump’s mythical return to power.

But Joe Biden’s presidency has been different than what other Democratic stalwarts have faced. It hasn’t seen the same churn of plots and hoaxes revolving around him. And the ones that have churned up haven’t lasted long.

Biden doesn’t reveal himself as the ultimate personification of Rush Limbaugh’s “Feminazi” nightmare like Hillary, or the brown-skinned menace who “just doesn’t seem like one of us” like Obama. Instead, the president is seen by his right-wing detractors as a doddering and slightly inappropriate grandpa, more likely to go off on digressions about ice cream than to conspire with George Soros and antifa.

There have been remarkably few durable conspiracy theories about Biden himself. His opponents see him as powerless, so they struggle to portray him as powerful at the same time.

Since taking office a few actual serious issues with Biden have caught on in the media—such as the administration’s bumbling of the Trump-imposed refugee cap, and the surge of unaccompanied minors trying to cross the border from Mexico. And his campaign faced a steady drip of problems, from the consistent smears against Biden’s son Hunter, his issues with potential business ties to China and Ukraine, and his handsy tendencies with women. But they didn’t bring him down at the time. Even the serious accusation of former Senate staffer Tara Reade, who claimed that Biden sexually assaulted her in 1993, made news for a while then faded away once COVID-19 took hold of the media’s attention span.

So why is Biden looked at by conspiracy theorists as an afterthought in his own administration, propped up and covered for by others, rather than culling his enemies on a “body count” list and wielding ultimate power? Biden conspiracy theorists are still trying to bake, to use the QAnon term for turning unconnected bits of information into larger plots. The dough just isn’t rising.

It’s clear that even just a few months into his time in office, Biden simply doesn’t have the power to churn up the outrage that Obama or the Clintons did. Biden has proven to be remarkably resistant to the endless minor scandals, fake outrages (think Obama’s “latte salute” or mispronouncing “corpsman”), and outlandish accusations that have dogged past Democratic leaders. He gives them little credence and they tend to bounce off him. Much of this simply has to do with the standing Biden already has in conspiracy theory media circles—a doddering old man with so little brain function that he might not even know what’s going on in his own White House.

He certainly didn’t have what it took to win the election on his own, hence the massive apparatus needed to steal the election through rigged machines and ballot dumps. The “stolen election” conspiracy has taken hold in the GOP, but it’s not about Biden. No matter what Democrat won, the election would have been stolen.

The Biden “chill” on right-wing media is very real. In the Atlantic this month, writer McKay Coppins spoke to numerous figures in conservative publishing and media who all said that there’s no market for books about Biden in that world because few of their potential readers think Biden is actually running the country, either figuratively or literally. And the market for political books is settling down in general, as the constant drama, gossip, and bombshells of the Trump era gives way to the boring steadiness of a career politician. Many conservative authors are scoping out more profitable targets, such as Vice President Kamala Harris, Dr. Anthony Fauci, or “cancel culture” in general.

Biden makes gaffes and has verbal slips, but he has always been this way, even calling himself a “gaffe machine” at one point. It’s also hard to point out Biden’s issues (which are real) without Biden supporters immediately coming back to Trump’s similar issues. Sure, Biden fell while climbing the stairs to Air Force One—but everyone saw Trump having to be helped down a ramp of his own.

The few new conspiracy theories that have made waves in right-wing fringe media circles, such as a viral hoax that he’d been “caught” using a greenscreen to simulate walking outside the White House, or him accidentally referring to Harris as president (because he doesn’t know who the president is), were forgotten days later.

Overall, the most outlandish plot about Biden that’s stuck has nothing to do with his time as president, and everything to do with Trump’s supposed “actual win” in the election. Some cranks have even claimed that Biden doesn’t actually exist in the first place, having died several years ago and been replaced by a clone or double. But it’s hard to tell how much of this has translated into mainstream acceptance beyond the most rabid Trump believers on out-there social media sites.

And if the “Biden isn’t president” theory is gaining steam, it’s not really because of Biden, but because of the pathological denial of Trump supporters to come to terms with the fact that Biden actually won the election. Biden himself is seen as a puppet or pawn in these theories, someone the cabal selected because he would stay out of the way and do what he was told.

It leaves the image of Biden as a decrepit husk, not a supervillain akin to Hillary or Obama.

None of that is to say that Biden has no scandals or problematic issues in his past. But they had already been litigated to death in the court of public opinion—and many were much more important to the far-left than the far-right—such as Biden’s role in the Clarence Thomas Supreme Court hearings in 1991, or his role in writing the 1994 crime bill that Bill Clinton signed. Hunter Biden’s struggles—and Joe Biden sticking with him—became something of an asset, not a liability. The Ukraine allegations were overplayed by Trump to the point of him being impeached over them in late 2019. Biden’s infamous touching of women became fodder for QAnon-style pedophilia conspiracy theories, but Biden addressed it heads on and admitted that it was inappropriate and a holdover of his early days. And he seems to have stopped doing it. And these kinds of theories are too seedy and fringe to be profit generators for more mainstream conservative pundits.

So conspiracy theory profiteers are happy to skip over Biden, or at worst, defame him as useless and feeble, while almost certainly lining up to drag down the next Democratic nominee for president. Their hope is that it won’t be a kindly, doddering old man resistant to theories that he’s secretly running the world.