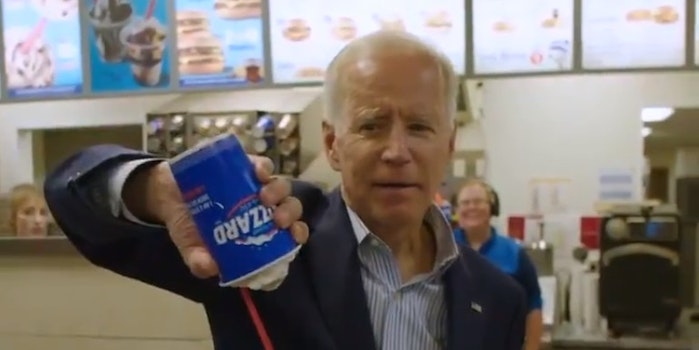 Everyone's got an opinion about Biden holding a Blizzard.

One of Democratic presidential nominee Joe Biden‘s strategies this election season has been to infuse joy and humor into the campaign. To wit, yesterday the former vice president posted a lighthearted video in honor of National Dessert Day.