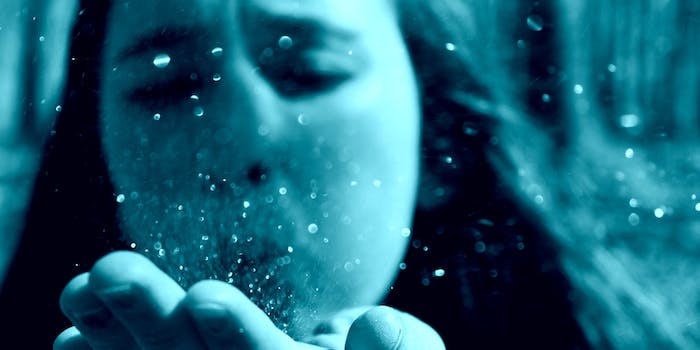 Once it gets on you, you can never get it off.

An investigation is underway to identify the culprit behind a prank that created a giant, shiny mess at the office of a Nebraska representative.

A hot pink letter apparently mailed by pro-choice activists was delivered to the office of Rep. Jeff Fortenberry (R-Ne) on Wednesday. It contained a bag of glitter, which, had the prank gone successfully, would have decorated the six-term congressman.

Fortunately for Fortenberry, the pranksters didn’t have the foresight to check his schedule, and he was a thousand miles away in Washington when the glitter bomb arrived. A few of his aides were not so lucky.

“Nobody was injured, except now people have glitter on their clothes,” spokesperson Jennifer Allen told the Omaha World-Herald.

A note with the letterhead “Glitter Bombs For Choice” contained the message: “Congrats, you’ve earned this for trying to deny women their right to choice. Mind your own uterus.”

“You can certainly disagree with your member of Congress or any member of Congress, but this is pretty reckless and irresponsible,” Allen said of the art supplies. “It’s just a huge waste of everybody’s time and resources.”

The police, U.S. postal inspector and FBI were each contacted, nevertheless.

“Anyone is free to disagree with me,” Fortenberry said in comment to WOWT 6 News, “but to resort to these tactics in a heightened threat environment is reckless and a waste of precious law enforcement resources.”

Fortenberry isn’t the only recipient of a Glitter Bombs for Choice letter. The Pro-Life Action League, an organization that opposes abortion rights, tweeted on Wednesday a photograph of a “get well” card containing glitter.

Another delivery from "Glitter Bombs for Choice." This time they used @LifeNewsHQ's address as the return address: pic.twitter.com/TgMWVpUkVO

The organization also received a Glitter Bombs for Choice delivery about three weeks ago. 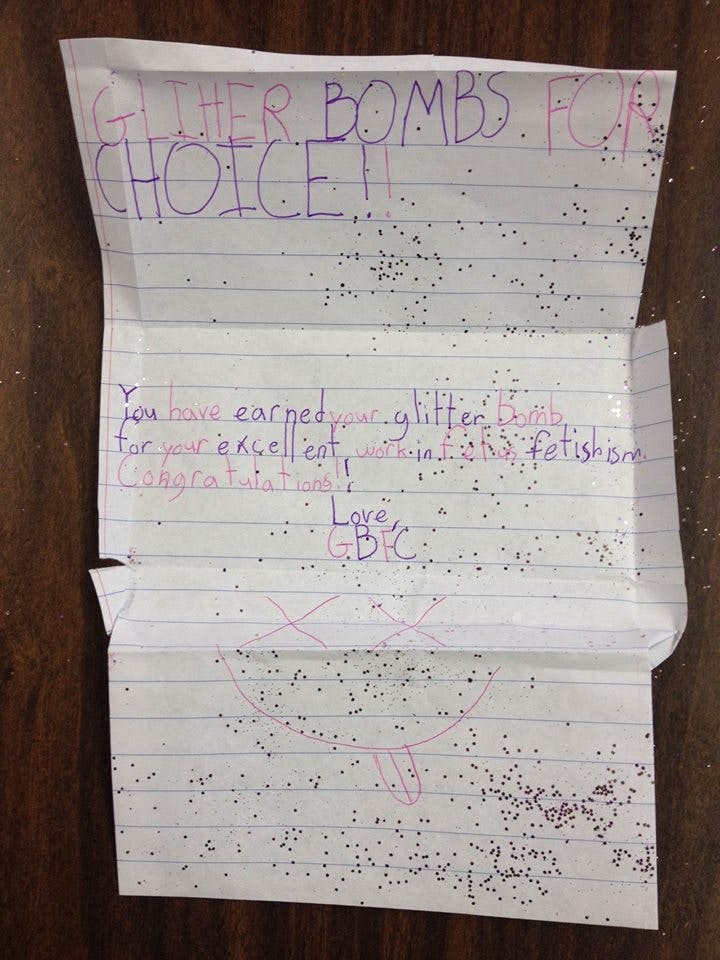 It’s entirely possible that the FBI is looking for a 12-year-old girl, who is tactically amplifying the “threat environment,” as Fortenberry called it, with alternating pink and purple gel pens.