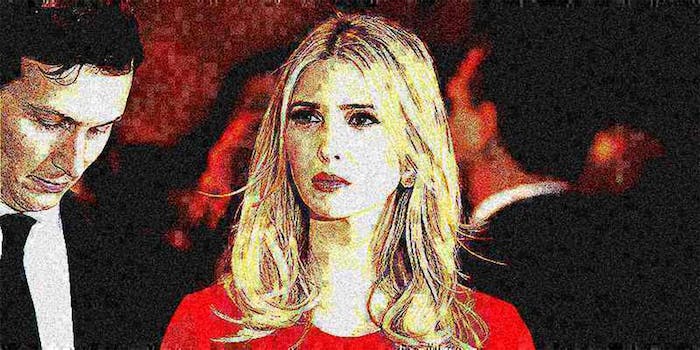 Did Ivanka Trump’s tweet reveal another time her dad lied about coronavirus?

The timing of it is raises questions.

Earlier this week, in a relatively unnoticed tweet, Ivanka Trump showered praise on her father for working to get out a coronavirus vaccine after a week of positive news about potential effectiveness and swift rollouts from both Pfizer and Moderna.

“Fact Check: This Moderna /NIH vaccine is literally the one that President @realDonaldTrump partnered with Moderna to create on January 13, 2020… I repeat January 13th, 2020. Just be happy. This is great news for America and for the world!” she wrote.

Which sounds great, President Donald Trump recognizing back in January that the strain of virus roiling Wuhan would necessitate a large-scale vaccine effort. Except, as pointed out by Sarah Danner Dukic, a Jan. 13 partnership on a vaccine raises a lot of questions about what the administration knew about coronavirus.

It was only two days earlier that the first reported death from coronavirus, on Jan. 11, occurred in China (there were likely more previously). Eight days after Trump’s supposed partnership, the first case hit the United States.

It was additionally revealed that in February, Trump was well aware of the risk, telling long-time journalist Bob Woodward “this is deadly stuff.”

All the while, the administration publicly downplayed the risk of the virus. Numerous times, Trump said from the White House that the virus would not come to America, or alternatively that it would disappear. Yet in the background, he was apparently aware that the problem was so virulent a vaccine would be needed.

And online people wondered that if he’d openly discussed the danger, would lives have been saved?

Regardless of how Trump played the virus to the public, which has killed 250,000 Americans, more good vaccine news came today. Pfizer is filing for emergency clearance with the FDA, which could make it available to select people within several weeks.