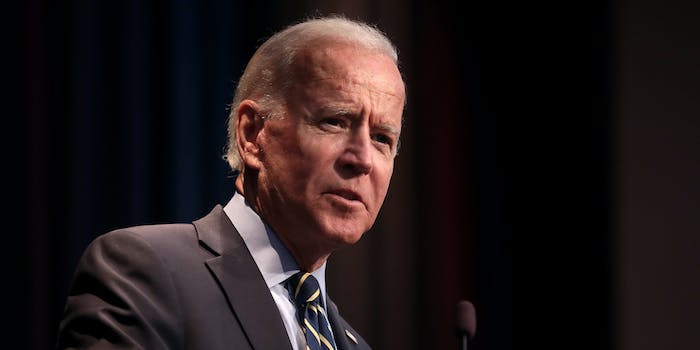 Biden’s infrastructure deal will include $65 billion for broadband

The White House agreed to lower the number last month.

President Joe Biden on Thursday announced that he has agreed to a compromise infrastructure bill put together by a group of bipartisan senators that allocates $65 billion for broadband spending.

The $65 billion is the same as the amount he offered as a compromise last month amid a back-and-forth with Republicans over the infrastructure package. It is also a far cry from the $100 billion he initially laid out in his first infrastructure proposal earlier this year.

It still remains to be seen what exactly the $65 billion would be spent on. Biden’s original proposal, while vague, did mention supporting community-owned or municipal broadband networks. Republicans have pushed against municipal broadband at both the federal level and state level.

A fact sheet sent out regarding the compromise infrastructure proposal on Thursday said the plan supports “state and local investment in broadband infrastructure” and using the proceeds from 5G spectrum auctions as the “proposed financing sources for new investment.”

The entire infrastructure bill would be paid for by collecting $100 billion in tax revenues from beefed-up enforcement by the Internal Revenue Service, unused coronavirus relief money, and other mechanisms, according to Reuters.

Biden’s initial plans for broadband included spending $100 billion to try and narrow the country’s long-standing digital divide, the gap between those who have access to affordable high-speed internet and those who don’t.

That group stuck with the $65 billion for broadband. The agreement still will need to pass through Congress.