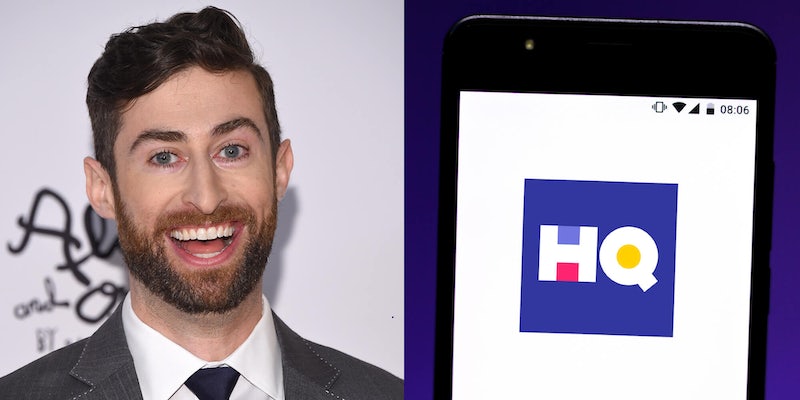 HQ Trivia host and co-founder in Twitter feud amid shutdown

'Don’t let him run your company!'

The story of HQ Trivia is a real rollercoaster.

The company that started the briefly popular game, HQ, has been struggling since the beginning. A number of roadblocks and consistent company drama has been weighing it down for years. On Friday, Feb. 14, HQ announced to its remaining staff that the company was officially finished. Amid its shutdown, an online feud broke out between its co-founder Rus Yusupov and former host Scott Rogowsky.

Before we get to the drama, let’s dig into a bit of background on the company. HQ started back in August of 2017. For the first several months, the company’s original game—Trivia HQ—flourished. By mid 2018, less than a year later, the company was plagued by infighting, crippling missteps, and money issues. After HQ’s then-CEO, Colin Kroll, passed away in December 2018, even more issues arose.

The company’s co-founder, Rus Yusupov, took over as CEO. Under his leadership, HQ continued to flounder. Issues with the glitchy app, stalled payments, and internal strife plagued HQ for more than a year. Employees revolted against Yusupov’s leadership, which eventually lead to HQ Trivia’s popular host, Scott Rogowsky, leaving the company in April of 2019. Since then, the app has plummeted in popularity. This, along with the laundry list of issues that have been around since the start, led to its Feb. 14 announcement. In a memo sent to staff, the company announced that it was ceasing operations. After just over two years, HQ is finished.

It is in the midst of the company’s dissolution that the feud between Yusupov and Rogowsky broke out. The online drama appeared to start with a tweet from Rogowsky. As Yusupov was lamenting the end of his company, Rogowsky came across an old tweet from his former boss. He retweeted the 2016 tweet from Yusupov that simply read “Don’t sell your company.”

Things escalated from there. Yusupov’s response apparently rankled Rogowsky, who moved over to sports streaming service DAZN after his split with HQ. “Rus, you are a clinical sociopath,” Rogowsky wrote in response. “As much as the HQ employees didn’t care for your leadership which twice drove the company into the ground, we care about you as a fellow human. Please seek treatment from a mental health professional and get the help you need. Hugs, indeed.”

Following his brutal response to Yusupov, Rogowsky broke down the reasons, in his opinion, that the company failed. The resulting tweets were brutal but painted the company’s fall in a very different light.

Rogowsky noted that while he is sad to see the company go, he is far more saddened for the staff caught up in the company’s unending drama. “I remain forever grateful for the wild ride I took with HQ,” he wrote. “From the terrifying lows to the dizzying highs to the creamy middles. Now let’s get down to the nitty gritty & get these fine folks a new job.”

Yusupov has yet to further respond to Rogowsky, but many people are hoping that he will. Their online feud may not be solving anything for HQ, but we are here for the drama.