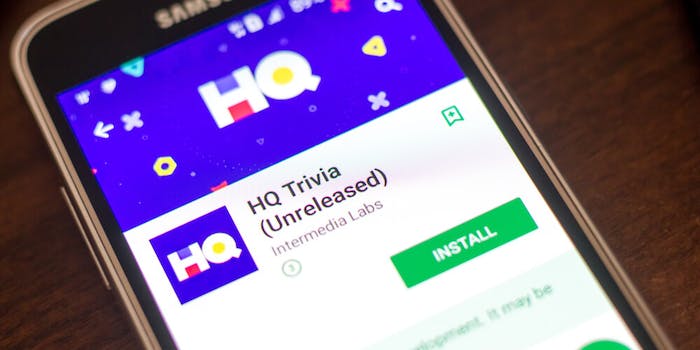 Six people were arrested on Wednesday in relation to the drug operation linked to HQ Trivia and Vine co-founder Colin Kroll’s death. The tech executive accidentally overdosed on cocaine and heroin in 2018.

Similar to food service delivery apps like Uber Eats or Postmates, Mike’s Candyshop supposedly delivered drugs to New Yorkers, including Kroll, according to the New York Times. The New York Field Office of Homeland Security Investigations followed the drug delivery operation after Kroll’s overdose, which took his life at age 34.

“Allegedly, even after they realized the potency of the drugs they were distributing and selling, the defendants continued to sell their poison,” U.S. Attorney Geoffrey S. Berman for Southern District of New York said in a statement, per the New York Times. “Today’s arrests are part of our continued commitment, along with our law enforcement partners, to stop the flow of heroin and cocaine onto the streets of New York City.  Thanks to the tireless efforts of law enforcement, Mike’s Candyshop is no longer open for business.”

The New York Times reports the six men arrested and charged were aged 25 to 38 and from the tri-state area. The men ran Mike’s Candyshop and delivered drugs. Customers would call, order, track, then receive drugs–similar to pizza delivery.

Although the indictment released this week did not name Kroll, the document described the victim as the tech executive found dead in his Soho apartment on Dec. 16. The document states the victim had messages on his phone with a contact named “Mike’s Candyshop.” The victim asked Mike’s Candyshop for a “shirt” and a “book” (assumed code words for drugs) the night of his death.

“Colin or CK as we called him was a true visionary who changed the game twice,” former HQ Trivia host Scott Rogowsky said following Kroll’s death.