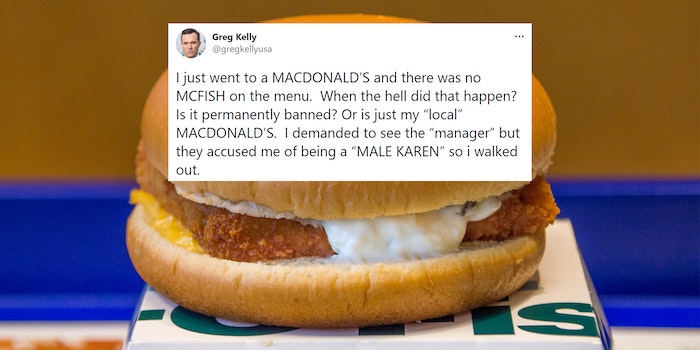 You can't get a morning McFish, for several reasons.

Right-wing Newsmax TV host Greg Kelly tweeted on Thursday morning that he was unable to order a “McFish” at McDonald’s, in a situation that escalated dramatically.