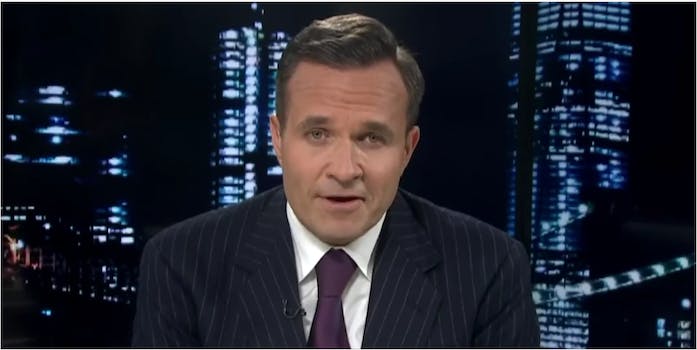 Newsmax host Greg Kelly accused Twitter of unfairly treating his account after he says he did not gain followers after Trump tweeted out videos of him.

Kelly hosts the show Greg Kelly Reports on the conservative network Newsmax, a station beloved by Trump for its support of him. Trump tweeted clips from Kelly’s show about President-elect Joe Biden’s son and election-related lawsuits on Thursday.

But the President excluded Kelly’s Twitter handle. Kelly tweeted a complaint about it, perhaps not realizing he hadn’t been tagged.

“I’ve been tweeted TWICE by @realDonaldTrump in 10 hours —-and I’ve received ZERO new followers. Does that make any sense ? Is @jack the genius “messing” around? I like @Twitter —you get to ‘PUT it out there’ and see what Folks are thinking. But seems just as biased as they say!” Kelly tweeted.

But in reality, Kelly has gained almost 5,000 new followers since Trump’s feature of him according to Social Blade.

Regardless, support from sarcastic Twitter users is pouring in to help Kelly get through this tough time.

“That’s terrible Greg, just terrible. Thoughts and prayers as you manage to deal with this incredibly tragic situation during these trying times,” one person replied.

“Sad. Tragic. Such bad treatment. I hope you can find the strength to make it through such a difficult ordeal,” another person said.

Conservatives including Trump have repeatedly accused Twitter of unfairly treating Republican accounts since the platform has begun flagging misleading content.