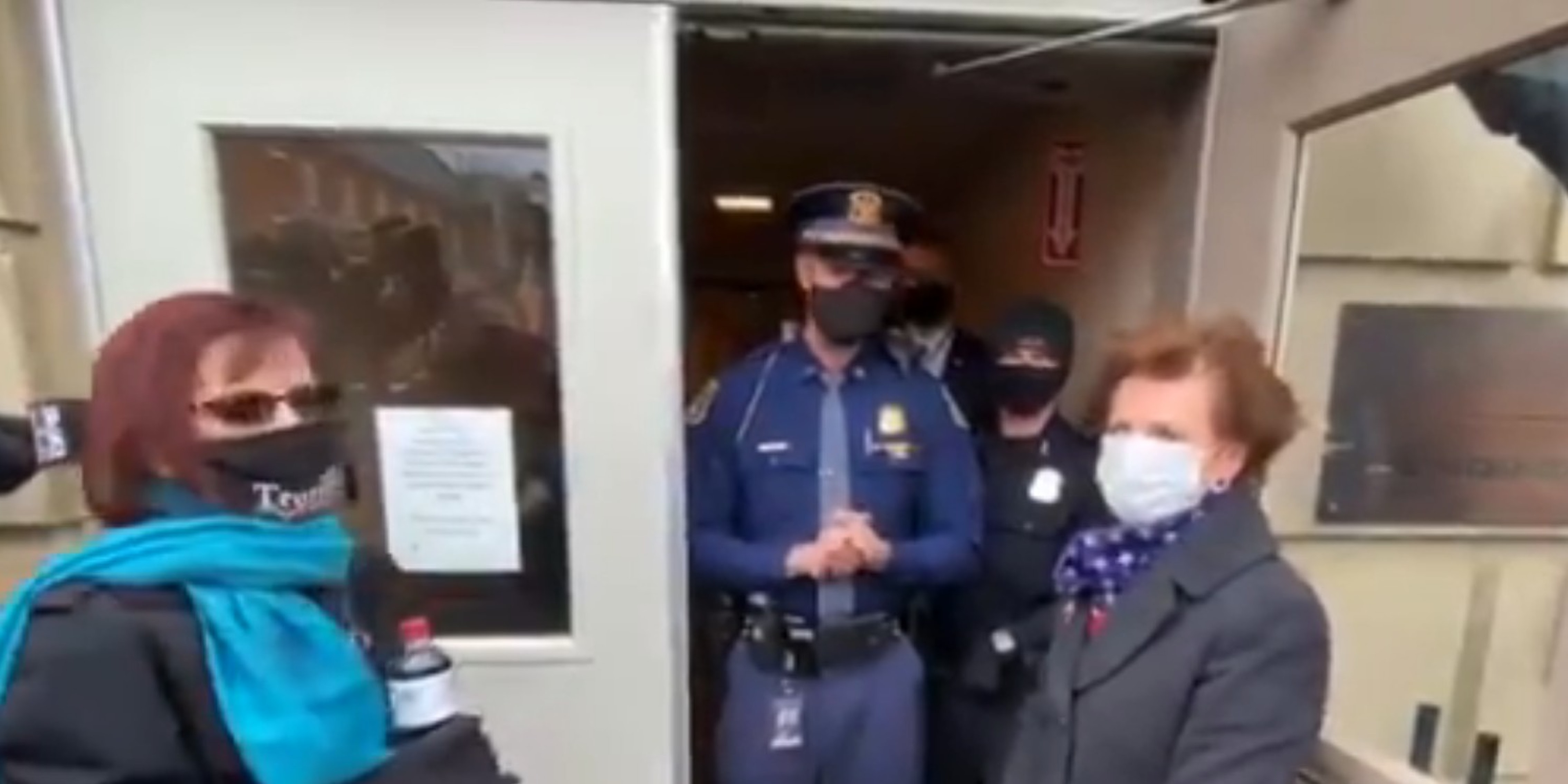 In a viral video, Michigan police refused to admit people claiming to be Republican electors into the state capitol building for today’s Electoral College vote.

President-elect Joe Biden carried Michigan by roughly 150,000 votes. Trump has unsuccessfully attempted several maneuvers to overturn that outcome, as well as those in other states he lost. He’s running out of other options to remain in power. Now his Republican supporters have turned to sham Electoral College votes to try to circumvent voters’ will.

Republican parties in several states where President Donald Trump has contested results have conducted their own parallel Electoral College votes alongside today’s official vote. They claim that this is a procedural move intended to preserve their objection to the election results. In reality, it’s just a show.

The video shows a group claiming to be Republican electors being denied entry into Michigan’s capitol, which was closed due to credible threats of violence against the actual electors from the state Democratic party.

“The capitol is closed unless you have an office … or if you are taking part of the Electoral College process,” an officer says in the video by Brendan Gutenschwager.

“The electors are already here. They’ve been checked in,” the officer replies.

The group continues insisting, albeit politely, that they’re electors from the GOP.

The officer refused to step aside.

The video spread rapidly on Twitter, racking up more than a million views in a little over an hour. Many mocked the would-be electors.

While some laughed, others took the actions far more seriously, suggesting that the group face charges of sedition or even treason.

“Anyone trying to get in, claiming to be a ‘GOP elector’ in Michigan, should be taken into custody and charged with sedition,” @JeffR914 tweeted.

By the end of the day, all 50 states will have made their Electoral College votes. Congress is to confirm the results on Jan. 6, 2021.

The New York Times reports that some of Trump’s most ardent congressional allies are plotting a last-minute effort on the floor of Congress that day to give the election to Trump. It is exceedingly unlikely that this will be successful.