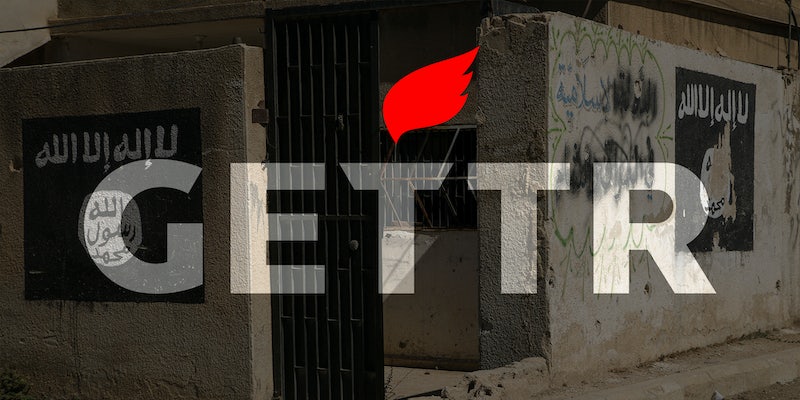 It's the latest in a number of issues that have cropped up for GETTR.

GETTR, the social media site launched by an aide of former President Donald Trump, is getting flooded with terrorist propaganda in support of the Islamic State, according to a new report.

Politico reviewed activity on GETTR since its launch last month and found that the site has become a haven for jihadi-related material, videos of beheadings, and other propaganda content.

GETTR was launched by former Trump aide Jason Miller. It describes itself as a “non-bias social network,” but has been plagued with issues since it launched. The app, which is essentially a Twitter clone, faced scrutiny after a hacker was able to take over several high-profile accounts like those of Miller and Rep. Marjorie Taylor Greene (R-Ga.)

Experts also found security and privacy bugs, according to VICE.

But the latest issue with the site is Islamic State propaganda. Politico found at least 250 accounts that posted regularly since GETTR’s launch that followed each other and used hashtags to promote jihadi material.

Moustafa Ayad, executive director for Africa, the Middle East and Asia at the Institute for Strategic Dialogue, first found the accounts and told the news outlet about them.

“On Facebook, there was on one of these accounts that I follow that is known to be Islamic State, which said ‘Oh, Trump announced his new platform. Inshallah, all the mujahideen will exploit that platform,’” Ayad told Politico. “The next day, there were at least 15 accounts on GETTR that were Islamic State.”

You can read all of the Politico report here.