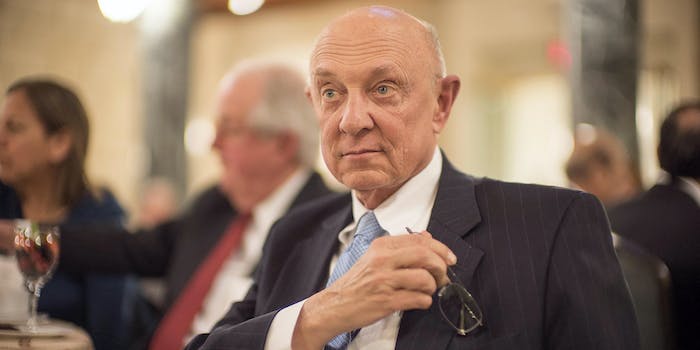 Former CIA Director James Woolsey says he is no longer serving as an advisor to President-elect Donald Trump.

“I didn’t want to fly under false colors,” Woolsey told CNN’s Erin Burnett. “I’m not really functioning as an adviser anymore, and so when I’m on the screen, everybody announces that I’m former CIA director and that I’m a Trump adviser. And I’m really not anymore.”

Woolsey was the head of the Central Intelligence Agency from February 1993 until January 1995. He began advising Trump in September.

Woolsey insisted his growing distance from Trump has nothing to do with their difference in opinion over intelligence assessments of Russian meddling in the U.S. election.

Trump has ridiculed the CIA, the National Security Agency, and the Director of National Intelligence, among others, for saying Moscow is responsible for leaking the emails of the Democratic National Committee and John Podesta, Hillary Clinton’s campaign chairman.

Conversely, Woolsey believes the Russian government is likely responsible and has been critical of Russian President Vladimir Putin and Julian Assange, founder of WikiLeaks, which published thousands of emails stolen from the DNC and Podesta during the 2016 election season.

Woolsey also downplayed his previous role in the Trump transition team, saying he’d only met with the president-elect, whom he continues to support, a few times.

“I didn’t want to be claiming that I’m something I’m not,” Woolsey said.