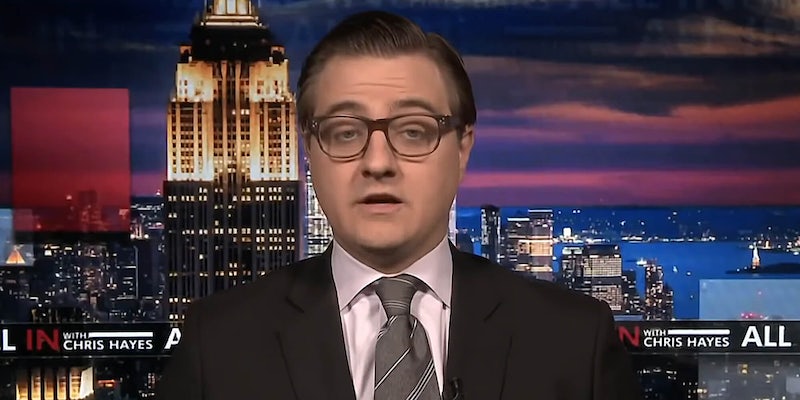 Why Fire Chris Hayes is trending

In it, he detailed Reade’s story: That while she was working for his Senate office in 1993, Biden pinned her against a wall and used a finger to penetrate her.

Hayes starts by saying that everyone has been faced with a story they might not want to believe, but that one of the lessons of Me Too is that people need to fight that impulse and give the accusation the full credence it deserves.

Major publishers and cable networks have faced accusations of liberal bias by being slow to give air to Reade’s story. For doing his job, Hayes now faces an onslaught of criticism from centrist Democrats.

Predominantly leading the charge was the resistance blog Palmer Report, which wrote up the Hayes segment, and frantically retweeted people who agreed.

They were upset Hayes would use his platform to, in their eyes, slander the Democratic nominee for president and called for him to be fired.

All Hayes did was address the story.

But Biden supporters, absent a response from the candidates, are throwing their arms up at a member of the media for covering it, demanding he be fired, calling it fake news, and searching for conspiracies, refusing to interrogate that a candidate who has a history of making women uncomfortable could do something like that.

These histrionics seemingly serve to make Hayes’ point for him.