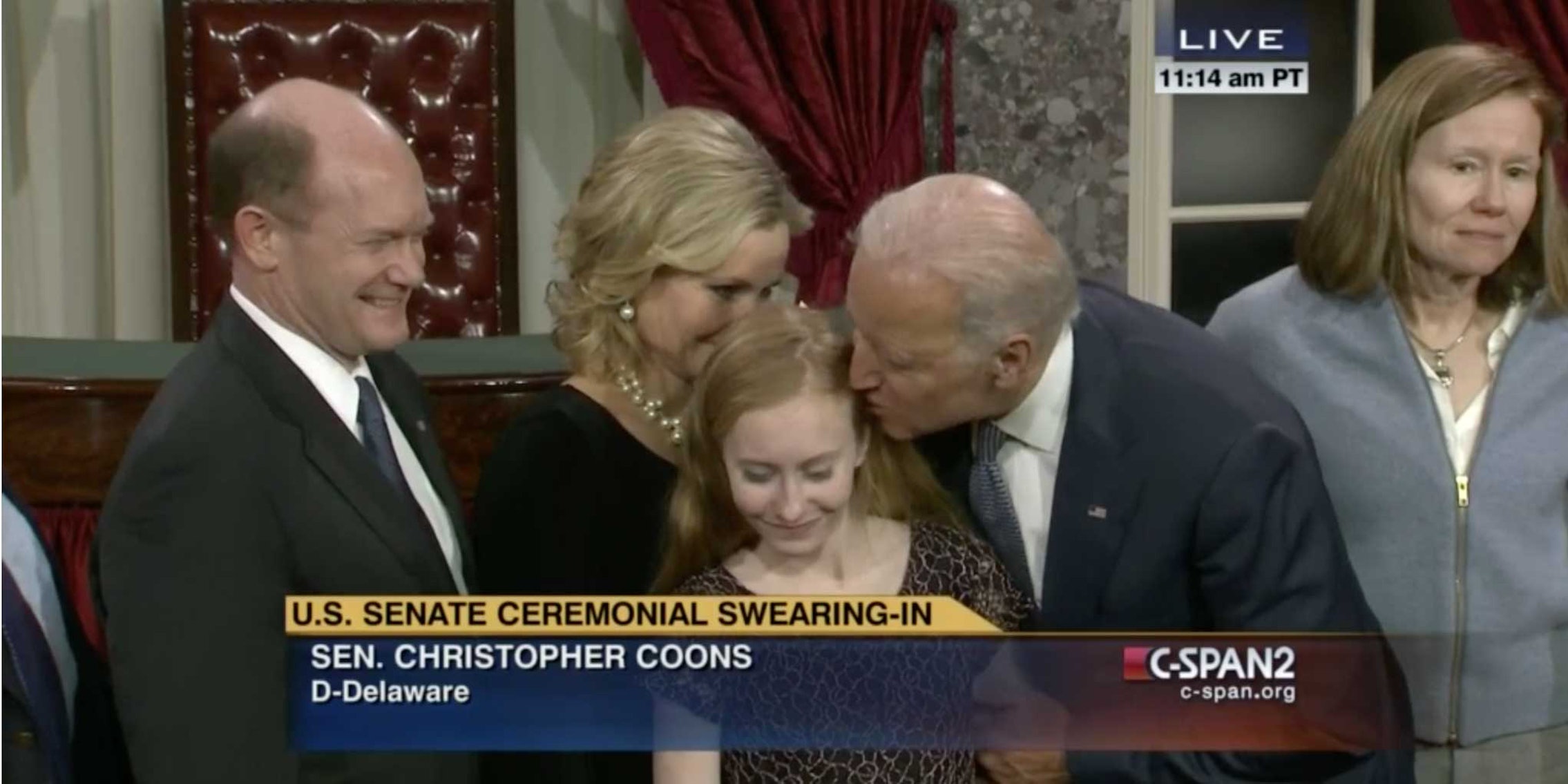 Is he saying that women's feelings never mattered?

Early this morning, the Washington Post published the accounts of three more women who describe former Vice President Joe Biden’s inappropriate behavior toward them, bringing the total to seven in less than a week. Hours earlier, in a Twitter video, Biden had issued an explanation of sorts regarding the way he “connects” with people.

Social norms are changing. I understand that, and I’ve heard what these women are saying. Politics to me has always been about making connections, but I will be more mindful about respecting personal space in the future. That’s my responsibility and I will meet it. pic.twitter.com/Ya2mf5ODts

However, many on social media are calling him out for the profound lack of apology in his video. At the core of his tweet and speech is the (very big) misunderstanding that touching and kissing women without already having some sort of intimate relationship with them was totally OK at some point history, which most women will agree is not true. Sure, men have done this historically, but women have never signed off on it, and to use it as an excuse is to say that how women feel has never mattered until now.

"Social norms are changing" is a problematic phrase. It insinuates that the associated behavior used to be okay but now isn't, rather than the behavior never being okay but it being easier to get away with before. https://t.co/E9szz4huk3

“Social norms are changing” is what you say to acknowledge a woman being the breadwinner in her household or a blended family vacationing together. Those are progress. Women have never liked being lurked behind and sniffed by their colleagues or superiors or spouse’s friend. https://t.co/edbKjC2b0V

I kind of feel like “social norms are changing” is code for “women can talk about things now that always bothered them but they couldn’t say so before” https://t.co/VngtgMlMaW

“Social norms are changing” ignores that social norms are based on who has power and who doesn’t. People lose their jobs for sexual harassment now, not because it randomly became “cool,” but because people organized, raised hell, sued, and got laws passed. https://t.co/eC6438BsWY

Some didn’t pass up the opportunity to brutally mock his very basic approach to addressing his wrongdoing.

Social norms are changing. This is why I will now start wearing clothes in public.

Social norms are changing. I understand that, and I’ve heard what people are saying. Politics to me has always been about dropping an egg on the floor and then yelling THAT'S ALL, YOLKS, but I will be more mindful for the future. That’s my responsibility and I will meet it.

Social norms are changing and it's no longer ok to grab a bank teller's necktie and flip it over to see the tag while murmuring "Is this Hugo. Is this Hugo Boss." And I get that

Social norms are changing. I understand that, and I’ve heard what these women are saying. Politics to me has always been about making connections, but I will be more mindful in the future. That’s why I’m retiring my “WINE EM, DINE EM, 69 EM” hat, effective immediately

Social norms are changing. Human flesh will no longer be part of my diet.

Biden’s inappropriate touching of women has been documented on camera for years. However, on Friday, Nevada Assemblywoman Lucy Flores wrote an op-ed explicitly accusing him of inappropriately touching her and making her uncomfortable.

Since Flores shared her experience, more women have come forward, including three whose accounts were published in the Post early this morning. At least two of them recounted Biden pressed his forehead against theirs while talking.

Sofie Karasek, one of the women who shared her experience with the Post, said that Biden is yet to “take ownership” of his actions. “Too often it doesn’t matter how the woman feels about it or they just assume that they’re fine with it,” she told the Post.

Up until now, many assumed Biden would make a 2020 presidential run; perhaps because of this, Biden has some seemingly surprising defenders in House Speaker Nancy Pelosi and former Georgia gubernatorial candidate and rumored Biden running mate Stacey Abrams. What his supporters and defenders seem to miss, however, is the problem lies less with Biden’s intentions and more with how the women were made to feel in the moment—and Biden still hasn’t apologized for that.