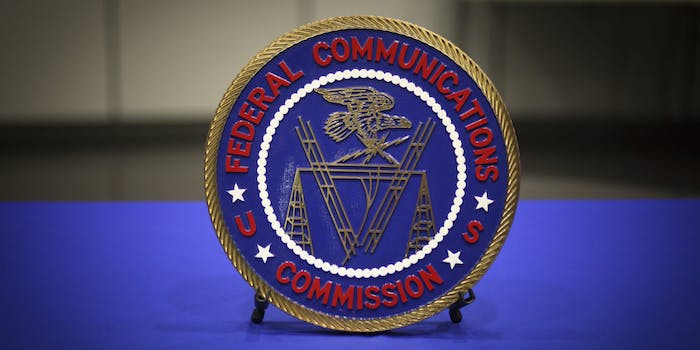 Trump's executive order would reportedly have the FCC play a big role.

President Donald Trump signed a social media executive order on Thursday that would reportedly ask the Federal Communications Commission (FCC) to explore how to interpret a long-standing legal immunity shield for websites.

But not every member of the FCC seems to be on the same page about the executive order.

Trump’s executive order comes on the heels of Twitter placing a fact-check label on two of his tweets about mail-in ballots. That decision prompted the president to rehash his belief that social media companies have a bias against conservatives and, ultimately, the executive order.

According to news reports citing a draft of the order, it would—in part—direct the Commerce Department to ask the FCC to look at the scope of Section 230 of the Communications Decency Act.

Section 230 has been called “one of the most valuable tools for protecting freedom of expression and innovation on the internet” and essentially shields websites from being liable for what is posted on them by third parties.

That immunity has been the recent target of lawmakers on both sides of the aisle.

FCC Commissioner Jessica Rosenworcel, a Democrat, said the order “does not work.”

“This does not work. Social media can be frustrating. But an Executive Order that would turn the Federal Communications Commission into the President’s speech police is not the answer,” Rosenworcel said in a statement. “It’s time for those in Washington to speak up for the First Amendment. History won’t be kind to silence.”

“I’ll review the final Executive Order when it’s released and assess its impact on the FCC, but one thing is clear: the First Amendment and Section 230 remain the law of the land and control here,” Starks said in a statement.

Commissioner Mike O’Rielly, a Republican, said that everyone should “take deep breath” about the order.

“Everyone take deep breath on EO, which I haven’t seen. @realDonaldTrump has right to seek review of statute’s application. As a conservative, I’m troubled voices are stifled by liberal tech leaders. At same time, I’m extremely dedicated to First Amendment which governs much here,” O’Rielly tweeted.

One commissioner who seemed most open to the order was Brendan Carr, a Republican.

During an interview on Fox News on Wednesday, he said the “far left” was trying to “weaponize social media platforms” and seemed to hint he was in favor of revisiting Section 230.

“Twitter, among others, have decided to engage in partisan political debates—taking on the president of the United States directly—having to do with mail-in ballots. I think if these entities want to act like political actors, like everyone that has First Amendment rights can do, then I think that raises questions whether they should be getting special treatment above and beyond any other political actor that is out there.”

Similarly, in an interview with Yahoo Finance on Thursday, he also questioned the section.

“Everyone has First Amendment, everybody has free speech rights. But these platforms have—that other entities don’t have that are also political actors—are these special protections under Section 230,” Carr said, adding: “That existing law has always said that if you engage in bad faith take downs, you don’t get those bonus protections. I think given what we’ve seen over the past few weeks it makes sense to let the public weigh in and say ‘is that really what Congress meant when they passed and provided those special protections?'”

FCC Chairman Ajit Pai has not commented on the reported executive order.