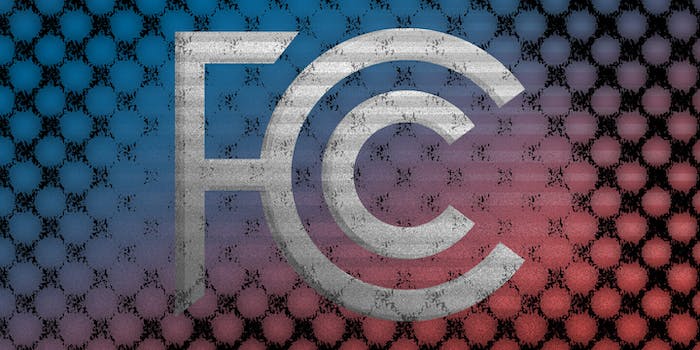 Is this the beginning of the end for net neutrality?

The Federal Communications Commission voted Thursday to begin to roll back hard-won federal regulations intended to protect the free flow of information on the internet.

In a 2-to-1 vote along party lines, the FCC voted to open debate on a notice of proposed rulemaking (NPRM), which would roll back the commission’s 2015 Open Internet Order that reclassified broadband under Title II of the Communications Act, effectively putting internet service in the same category as utilities like electricity. Under the proposal, put forth by FCC Chairman Ajit Pai, broadband internet service would return to a Title I “information service” classification, as it was prior to the 2015 order.

By undoing the Title II classification for internet service providers (ISPs), the FCC would eliminate the legal basis for rules in the Open Internet Order that protect net neutrality, a central principle of the internet that requires ISPs to deliver all data to customers in an equal manner. That means it may not slow down one service, like Netflix, while speeding up another. Nor may ISPs censor online content.

Net neutrality advocates argue that the federal rules are necessary to ensure ISPs do not fundamentally harm the open nature of the internet. Opponents say the rules are an unnecessary burden on ISPs that reduce investment and limit the types of products ISPs can offer, like streaming services that don’t count against data caps.

“The internet wasn’t broken in 2015,” Pai said during Thursday’s hearing. “We were not living in a digital dystopia.”

While Republicans on the FCC argue against the commission’s net neutrality rules, Americans firmly support the principle that ISPs not be allowed to affect the content they access online. A poll commissioned by the cable industry released this month found that 61 percent of respondents “strongly” or “somewhat” support net neutrality.

“It is no secret that net neutrality is enormously popular with the American people, and the previous FCC made sure to ensure, and the courts agreed, that its rules were grounded in the strongest legal authority,” Gigi Sohn, a fellow at the Georgetown Law Institute for Technology Law & Policy and counselor to former FCC Chairman Tom Wheeler, said in a statement. “However, today’s action signifies more than a fight over Net Neutrality. What is now at stake is the ability of the FCC—the expert agency by law—to protect consumers on what is now one of the most critical inputs to the US economy—broadband networks.”

The fight to retain net neutrality went mainstream again earlier this month after John Oliver, host of HBO’s Last Week Tonight, called on viewers to leave comments in support of net neutrality on the FCC’s website and created a URL that made it easy to do so. The following day, the FCC claimed it had suffered a cyberattack that knocked its system offline. Pro-net neutrality activists are calling on the commission to prove their version of events, arguing that they may have lied about the attack.

“The FCC is still refusing to release proof of an alleged DDoS attack that silenced voices in support of Title II net neutrality protections, and now there is significant evidence that a person or organization has been using stolen names and addresses to fraudulently file comments opposing net neutrality,” Evan Greer, campaign director of open internet advocacy group Fight for the Future, said in a statement. “If this FCC has any legitimacy, it simply cannot move forward until an investigation has been conducted.”

The FCC will now open the NPRM up for public debate, with net neutrality advocates and Democratic lawmakers expected to impose aggressive pushback against the rules change.