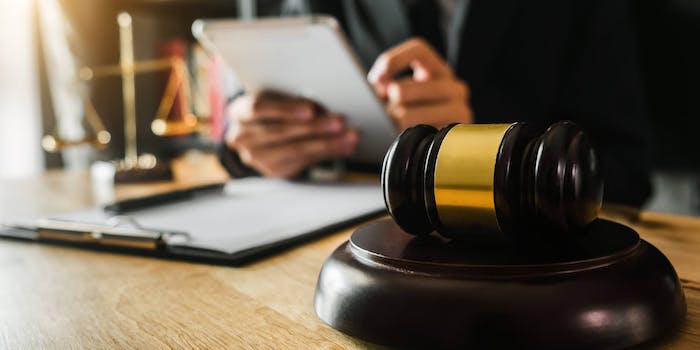 As far as we know, Singapore's recent sentencing is the first of its kind to occur over Zoom.

A court in Singapore just became the first to hand down a death sentence via Zoom.

More and more businesses have shifted to the video conferencing site for meetings, important tasks, and everything in between, due to the coronavirus pandemic. Now even courts are using Zoom to handle pressing cases and give out sentences.

Singapore’s recent sentencing appears to be the first of its kind to occur over Zoom since the pandemic began.

Punithan Genasan, a Malaysian man, was found guilty of being complicit in drug trafficking, according to Singaporean paper Straits Times. The 37-year-old was found guilty of facilitating the trafficking of at least 28.5 grams of heroin back in 2011. Soon after, he fled Singapore—and its zero-tolerance policy for drug use—for Malaysia. He remained in the country until 2016, when he was extradited back to Singapore.

Since then, Genasan has been tried, found guilty and received a death sentence via a computer screen. His lawyer did not object to the sentence being handed down via Zoom. In a statement to CNET, a spokesperson for Singapore’s Supreme Court noted that remote hearings were implemented in an effort to stall the spread of coronavirus.

“In line with measures to minimise the further spread of the COVID-19, the courts have been conducting hearings, including hearings on criminal matters remotely,” the spokesperson said. “Hence, for the safety of all involved in the proceedings, the hearing for Public Prosecutor v Punithan A/L Genasan was conducted by video conferencing.”

Singapore is currently in the midst of is own extended battle with coronavirus. A second wave of infections has hit the nation, which until recently had a remarkably low number of cases. What was initially thought to be a prime example of how to handle a global health pandemic has shifted, placing Singapore as one of the hardest-hit countries.

In mid-April, the country surpassed Indonesia as the Southeast Asian country with the highest number of confirmed cases. Singapore currently has 29,364 confirmed cases, with 22 coronavirus-related deaths.