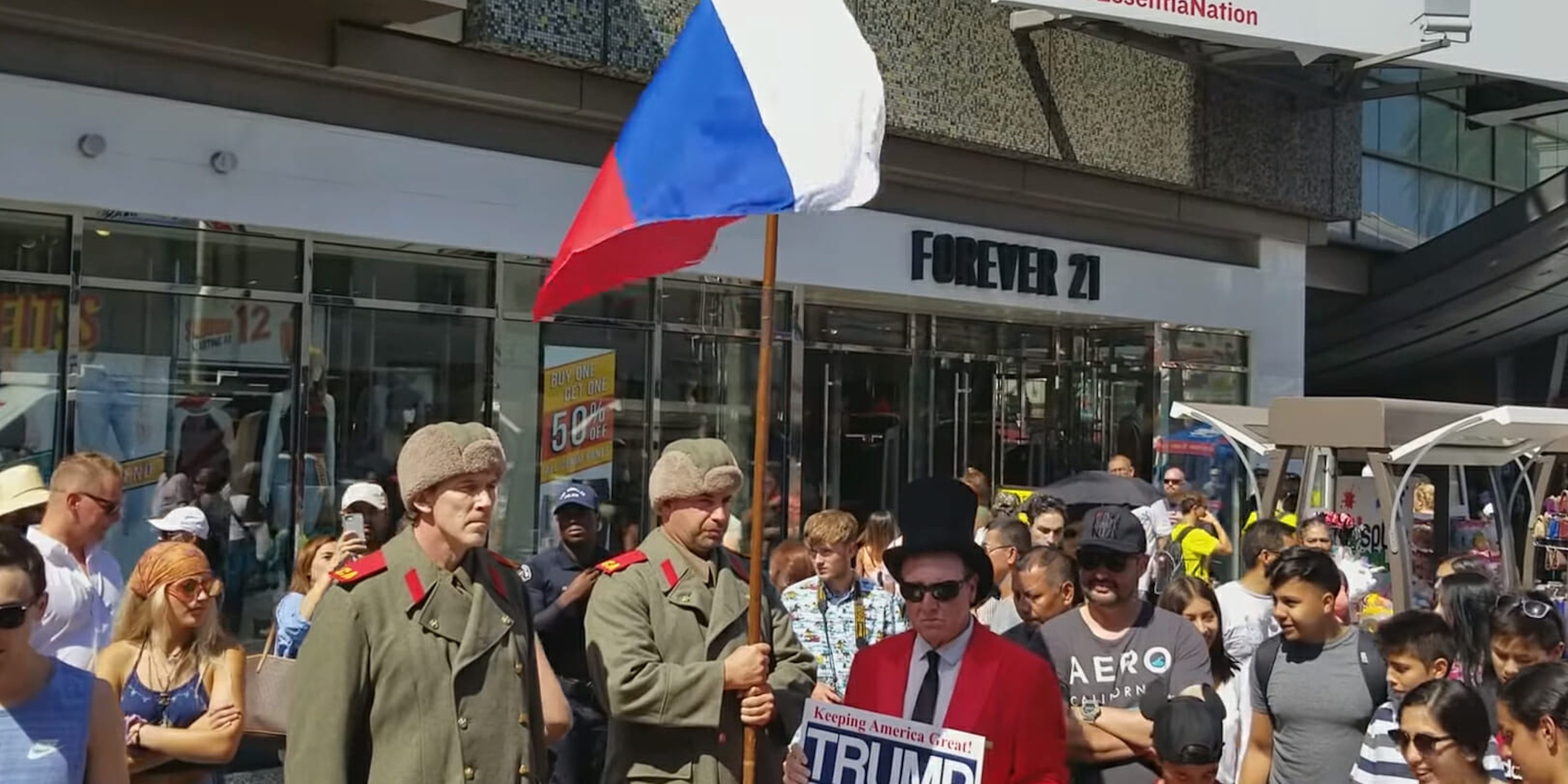 The Hollywood Walk of Fame star was destroyed with a pick axe last week.

Two people dressed as Russian soldiers were spotted guarding President Donald Trump‘s Hollywood Walk of Fame star last week, just a few days after it was destroyed with a pickaxe.

The two men, dressed in green jackets adorned with red symbols, stood stoically next to the star while holding a Russian flag.

The choice of the guards’ attire is poking fun at the ongoing investigation into Russia’s alleged interference in the 2016 presidential election and Trump’s much-criticized response to it earlier this month during a press conference with Russian President Vladimir Putin.

The appearance of the two “Russian” guards came just days after a man was arrested for destroying Trump’s Hollywood Walk of Fame star. Videos of the aftermath of the attack on the star showed rubble and debris surrounding it.

The pickaxe attack is just the latest in a number of things that have happened to the president’s Hollywood star in recent years.

Vandals have spit on it, written “racist” on it, and even defecated on it. In late 2016, someone else felt that a sledgehammer—instead of a pickaxe—was the best tool to destroy it.