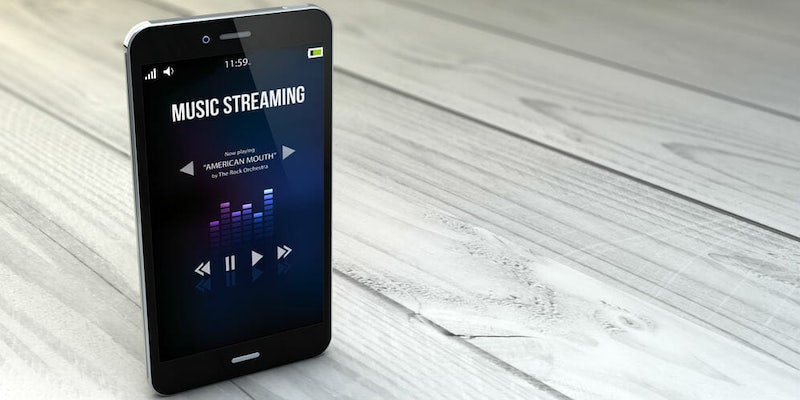 Which of these fledgling music services will still exist in 2018?

No one is safe until the industry finds a sustainable business model.

After years in flux, the music industry finally appears to be making a comeback thanks to on-demand music streaming—the latest method used by consumers to fulfill their ever-changing desires. The booming service is a win-win for users, who can instantly listen to any song they want by paying a low monthly subscription fee, or often for free. Things aren’t as cut and dry for musicians (especially indie artists), who get paid royalties based on the percentage of total streams their songs amass.

But one thing is clear: Music streaming is here to stay.

In the last few years, we’ve seen the monumental rise of Spotify, the founding of contentious Tidal, and the steady entries from tech giants Apple and Google. We have also seen a number of players struggle to keep up with the flood of new services and fluid business models. Things are moving at such a rapid pace that there is no guarantee the music streaming service you use today will be around next year.

Here is a closer look at each of the top music streaming services, ranked by their odds of surviving into 2018.

While it sits nowhere near leaders Spotify and SoundCloud when it comes to user base, Apple Music is the least likely music streaming service to fold in the foreseeable future. Launched in 2015, Apple Music already has more than 27 million subscribers, and is growing at a staggering rate. The company will continue to supplement its music streaming service by folding in exclusive online “TV” shows.

Unlike dedicated music streaming companies like Pandora or Spotify, tech giant Apple can afford to lose money until the industry discovers a profitable business model.

“What does Apple bring to this?” Sony Music CEO Doug Morris said in 2015. “Well, they’ve got $178 billion dollars in the bank. And they have 800 million credit cards in iTunes. Spotify has never really advertised because it’s never been profitable. My guess is that Apple will promote this like crazy and I think that will have a halo effect on the streaming business.”

It also helps that more than 700 million people use iPhones around the world. Sure, some of them don’t have headphones jacks, but that won’t stop people from listening to their favorite tunes. What better place to do that then on the streaming app made by the same company who produced your smartphone?

Google finds itself in a similar position to Apple, sitting on an endless stack of wealth that can see it ride out the initial financial awkwardness of music streaming until it’s left standing next to the other companies that make it out alive. Google launched Play Music two years before Apple Music. It has since been heralded by many as one of the best streaming option available. The tech giant unfortunately does not provide subscription numbers, but you can bet a good chunk of the more than 2 billion Android users listen to their tunes on Play Music.

Barring an unforeseen collapse, Spotify will continue to dominate the music streaming scene well into the next decade. In fact, the service will likely be credited for popularizing the current form of music streaming (sorry Pandora), much how like iTunes changed the music industry with digital downloads.

As of June 2017, Spotify has more than 140 million active users and more than 50 million subscribers. Its revenue topped $3 billion in 2016, a remarkable 49 percent jump from the previous year. With a robust free listening option and over 30 million songs, Spotify is a compelling starting point for anyone making the switch to music streaming.

But despite a steady increase in users, Spotify is still not profitable. The company pays a lot of money to license its music library, with 80 percent of the company’s cash flow going into copyright payments. And its losses continue to increase, up to $188.7 million in 2016.

The shaky business model that forms the foundation of the music streaming industry isn’t specific to Spotify, but companies like Apple and Google are better equipped to deflect those losses.

Pandora is hoping it can convince its 81 million users to move toward a paid subscription model by jumping on the bandwagon built by Spotify. That brings us to the red flag hovering above the company: Its users don’t spend money. In fact, only 12 percent of the people who listen to music on Pandora pay for a subscription.

The company now faces an uphill battle to regain customers lost to Spotify and SoundCloud. Still, there is hope Pandora can return to its former self. Piper Jaffray analyst Stan Meyers predicts the company will have 32 million subscribers by 2018, a big leap from the 4.39 million who currently pay for its services.

It’s incredible to think the service with the most users is also one of the most likely to dissolve in the next year.

SoundCloud finds itself in serious trouble despite owning the largest user base of any streaming service by a large margin. In early July, the company laid off 40 percent of its staff in what is claimed to be an effort to stay independent as rumors of a potential buyer surface. The service will close both its London and San Francisco offices, eliminating 173 of its 400 positions.

“In the competitive world of music streaming, we’ve spent the last several years growing our business, and more than doubled our revenue in the last 12 months alone,” said SoundCloud founder and CEO Alex Ljung in a blog post. “However, we need to ensure our path to long-term, independent success. And in order to do this, it requires cost cutting, continued growth of our existing advertising and subscription revenue streams, and a relentless focus on our unique competitive advantage—artists and creators.”

The problem is that SoundCloud has been more focused on growth and less focused on monetizing its product. Its rapid decline further proves that services dedicated more to supplying budding artists with a platform to grow are less likely to succeed in today’s market than those catering to megastars who garner millions of streams.

According to a report from Recode, SoundCloud is looking for a buyer, and will consider bids at about $250 million, much lower than the $700 million value investors gave it a few years ago.

It’s still not clear what business strategy SoundCloud will take to find profitability, but it will need to figure things out soon if it wants to avoid being the next Napster or Vine.

There is some optimism surrounding SoundCloud. TechCrunch called the service the “YouTube of audio,” claiming it will end up being worth more than Spotify. The service’s gigantic user base of 175 million may be enough for it to successfully pivot to a more stable business model—or at least flourish in spirit as a boutique wing of a larger music company.

Oh Tidal, how you’ve proved us wrong, appropriately surviving wave after wave of controversy and financial hardship. You’ve even gotten over the fact that your owner forgot he purchased you, and recently landed a deal that has us flirting with the word “success.” But I’m just not ready to go there yet.

Tidal was originally owned by Norwegian company Aspiro, until it was purchased in March 2015 by Project Panther Bidco, a now-defunct holding company owned by Jay-Z. It is now co-owned by jay-Z and more than a dozen other artists including Madonna, Rihanna, Daft Punk, Kanye West, and Jay’s wife Beyoncé. Tidal differs from other streaming services in that its main focus is to give power back to artists by offering some of the highest royalty payouts.

Tidal has had its hardships over the years, which haven’t been helped by slow growth. The music streaming service has only 3 million subscribers—or 1.2 million—we’re not entire sure. It has been considered a “train wreck,” and its predicted demise has been mulled over for years by analysts and customers alike.

But not everyone gave up on the beleaguered company. In January, Sprint bought a 33 percent stake in the company at a surprising $600 million valuation—a deal that could significantly raise Tidal’s chances of survival.

Of course, there is a chance all these services survive and find their own place within the industry, just as there is the opportunity for growing services like Amazon Music or Bandcamp to take over. What we do know is that the next 12 months will be characterized by the shuffling of companies searching for a place in the flourishing streaming industry—all hoping to become the next iTunes.