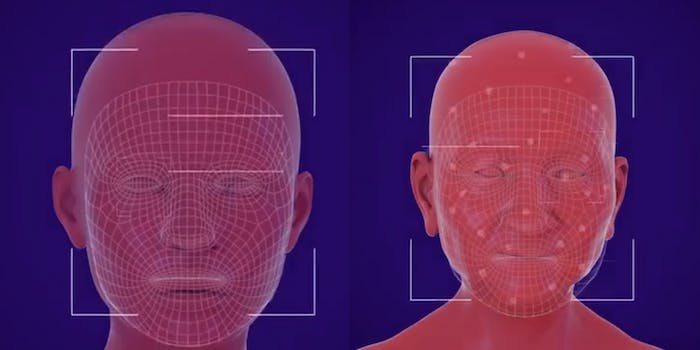 Does your congressperson support a facial recognition ban?

The scoreboard allows people to see who is supporting a recently introduced facial recognition bill.

A new scoreboard built by a coalition of advocacy groups shows which members of Congress have lent their support to a bill that would ban government and law enforcement use of facial recognition technology.

Last month, a group of senators and members of the House of Representatives unveiled the “Facial Recognition and Biometric Technology Moratorium Act,” which would ban the use of facial recognition by federal entities until an act of Congress ended the moratorium.

The bill would also block federal funding for state or local governments that use the technology during the moratorium.

Currently only 15 members of Congress have expressed support for the bill.

The technology’s use by police and the government has received renewed scrutiny amid protests against police brutality and racism in the wake of the police killing of George Floyd. Facial recognition technology has been found to have a racial bias.

The scoreboard was launched on Wednesday by more than 40 groups who have long sounded the alarm about facial recognition’s use by government and law enforcement, including: Fight for the Future, Media Justice, Color of Change, Demand Progress, 18 Million Rising, and others.

Those groups endorsed the legislation when it was unveiled last month, and now are pushing people to have their local lawmakers do the same.

The scoreboard allows users to search for their state and see what senators or representatives have announced their support for the bill.

It also directs them to an option to tweet at a lawmaker who hasn’t endorsed the bill and ask them to do so.

“Lawmakers can’t claim to care about civil liberties, freedom, democracy, racial justice, or human rights if they aren’t supporting this common-sense legislation to stop the use of biased and invasive surveillance technology,” Evan Greer, deputy director of Fight for the Future, said in a statement.

The scoreboard is similar to one launched in 2018 to drum up support for Congress to overturn the Federal Communications Commission’s (FCC) repeal of net neutrality.