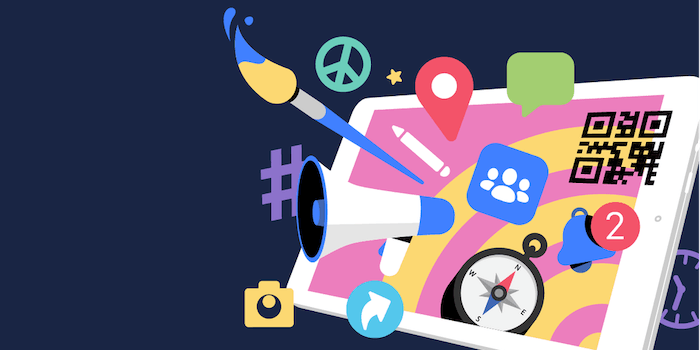 Facebook is launching a new resource center so teens can better protect their privacy and security on the platform.

The company on Tuesday unveiled Youth Portal, a manual for navigating the site that tells Generation Z teenagers how their data is used, what to avoid posting online, and general tips and tricks for each of Facebook’s products.

The portal is meant to be structured in a way that makes important topics like privacy and security easy to digest for teens. It’s filled with colorful animations, and its short, clean blocks of information won’t overwhelm young users.

Under the Guiding Principles tab, Facebook acts as an online parent to teens, giving them useful tips on how to behave online. For example, one rule urges users to “think for 5 seconds before you speak.”

“Before you post publicly, pause and ask yourself, ‘Would I feel comfortable reading this out loud to my parents and grandparents?’ There will always be people at your school who are social media oversharers (and adults in your life who are, too). Resist the urge, ignore their noise and save the juicy details for your close friends only.”

Others recommendations include only accepting friend requests from people you know, avoiding sharing your password with anyone, talking to someone if you’re being bullied, and perhaps most importantly, “don’t be a jerk.” These are helpful rules older generations have learned over the years, but Facebook hopes reading them at a younger age can give today’s teens a better online experience growing up.

In the Facebook Basics section of the Youth Portal, Facebook lists useful actions you can make to gain better control of your profile. The main tabs—safety, security, and privacy—are organized with dedicated blocks of text for each action you can take, like learning how ads work, reporting violent content, or creating secure passwords.

Given the recent criticism unleashed against Facebook for its convoluted terms and conditions, the Youth Portal is a refreshing change, one that could even be useful for the rest of Facebook’s 2.2 billion users.

There are some areas where the Youth Portal can improve, though. In the privacy section, there are separate descriptions for how Facebook uses your data for advertisements and a small paragraph about its data policy. Both only give vague details about those important topics before linking out to the company’s more complicated documentation.

Facebook said it worked with groups of teenagers in the U.S., Italy, U.K., and Brazil to design the new service. It will conduct more roundtables in the coming months to refine the page. The Youth Portal is a standalone webpage, so unless parents instruct their children to read it, there’s no incentive for teens to visit. Having realized this, Facebook is coming up with new ways to present the tips. It’s already putting them in teenagers’ News Feed.

The Youth Portal comes as Facebook continues to do damage control after it was discovered that a third-party app sold the personal information of 87 million users to a political data firm.

Concern over online addiction has also ramped up, and Facebook has been called out for its troubling practices. The company’s new Messenger Kids service, an instant messaging app for children under age 13, was poorly received. More than 100 health experts urged Facebook to abandon the project, but the social network refused.