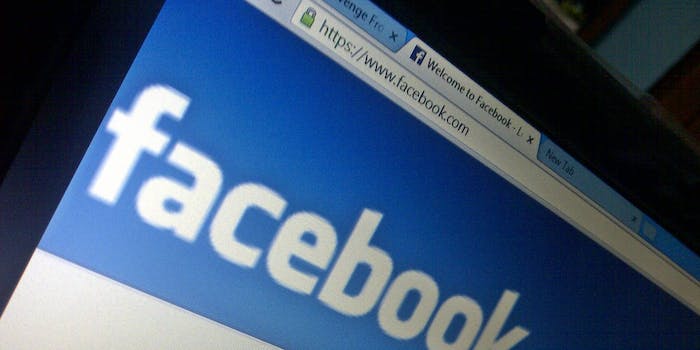 Trending Topics was an inside job.

Sunday marks the 15th anniversary of the Sept. 11 attacks. People on Facebook have been talking and sharing articles about the tragic terrorist attacks that marked a crucial turning point in American history. However, the combination of that attention and the increasingly algorithmic mechanisms behind the social network’s Trending Topics feature have caused problems.

The story being pushed by Trending Topics was by the U.K.-based publication Daily Star. It alleges the Twin Towers were taken down not by hijacked airplanes, but through a controlled demolition. The article argues jet fuel can’t melt steel beams, a claim that has been widely debunked.

The proclivity of Trending Topics to circulate news stories of questionable veracity has drawn considerable attention of late.

Earlier this year, a report by Gizmodo revealed that some of the human editors behind the selection of the stories appearing in the Trending Topics section admitted to routinely suppressing news stories coming from conservative sources. While Facebook officials pushed back against claims of bias, the company made dramatic changes to the structure of its Trending Topics team.

Facebook quickly acted to remove as much human agency as possible from the selection of Trending Topics, and do more to automate the process using a selection algorithm.

The change has resulted in a number of stories making it into the Trending Topics bar that have raised a whole lot of eyebrows. For example, last month, Facebook featured a bogus story about insisting that Fox News personality Megyn Kelly was “on the way out” at the conservative cable channel due to her being a “closet liberal who actually wants Hillary to win.”

After a flurry of public criticism, Facebook removed the story from Trending Topics.

Another recent instance drawing significant ire was when Trending Topics featured a story about the death of Victor Thorn with a description that read, “Writer and Clinton Researcher Dies of Self-Inflicted Gunshot Wound, Family Says.” The story played into a conspiracy theory narrative implying that Thorn had been murdered by 2016 Democratic presidential nominee Hillary Clinton. However, that description wasn’t an accurate description of Thorn’s past.

“Victor Thorn was a lunatic. He was an addled conspiracy theorist who accused the Clintons of murder, who believes 9/11 was a conspiracy theory,” Southern Poverty Law Center Senior Fellow Mark Potok told the Daily Dot. “The phrase ‘writer and Clinton researcher’ is unbelievably dishonest. Thorn was akin to being a Nazi and was certainly a Nazi apologist.”

Previously Facebook’s Trending Topics curators, who have reported being subjected to an absolutely toxic working environment, wouldn’t jump on a topic until it had been covered by one of a select number of reputable news sources the company could have reasonable confidence wouldn’t regularly push inaccurate, thinly sourced narratives.