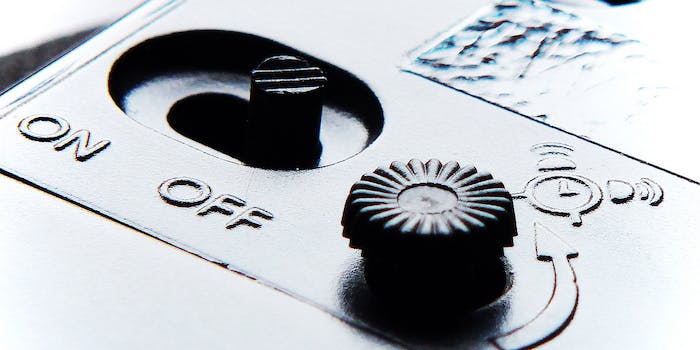 Facebook now lets you hit ‘snooze’ on your friends

When you just need a breather from a friend posting too much, hit Snooze.

Friend going on a multi-post Facebook rant about the latest government conspiracy theory? Before you unfriend them, you may want to consider Facebook‘s newest option for pruning your social network feed: the Snooze button.

Now, when you tap the menu button in the upper right of the post, you’ll see a new Snooze option. By tapping Snooze, you can temporarily unfollow a friend, page, or group for one day, one week, or 30 days. TechCrunch discovered the new option earlier this week.

The Snooze button is being added alongside Facebook’s existing Hide option, which removes a post from your feed, and the Unfollow button. (Of course, you still also have the more extreme options of blocking or unfriending someone, as well.)

This Snooze button seems like a nice way to discreetly make your Facebook feed a friendlier place. You could also potentially use it to inject more variety in your feed: If you see posts from the same two or three people all the time, you can try snoozing them and see who else crops up in your feed in their place. As with Facebook’s Unfollow button, the person you’re snoozing will have no idea you’ve done so.

Snooze could also be particularly useful for groups and pages that tend to clog your feed with updates, notifications, and new posts.

Facebook is constantly working on ways to help users improve their feeds. Following last year’s election, the social network has cracked down on sites that spread false information and started blocking advertisements for those that do. It’s also been targeting and disbanding hate groups that crop up.

And now, while you can’t control what your friends or groups say, at least you have one more useful way to curate your Facebook experience.

Update Dec. 15, 2:55pm: After testing the Snooze feature for a few months, Facebook officially rolled out the feature to all users today. You can “snooze” a person, page, or group for up to 30 days. To do this, select the Snooze option in the dropdown menu of the upper right of a post.