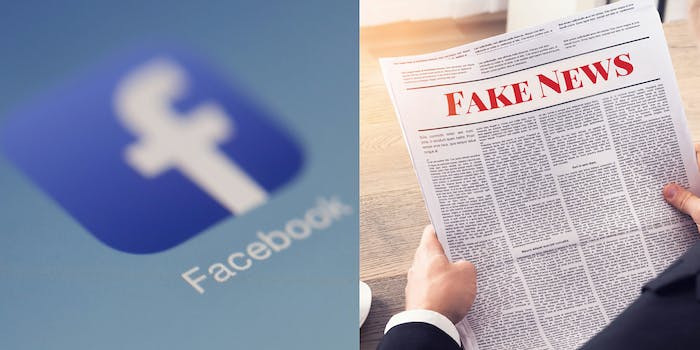 Facebook is taking even more steps to help curb the spread of fake news.

The social media company announced on Monday that it will block pages that “repeatedly share stories marked as false” from advertising on Facebook.

“If Pages repeatedly share stories marked as false, these repeat offenders will no longer be allowed to advertise on Facebook,” the company said in a blog post. “This update will help to reduce the distribution of false news which will keep Pages that spread false news from making money.”

Facebook uses third-party fact checking sources to determine if stories are false. Under current rules, the social media giant does not allow companies to run ads that link to fake or false stories.

The popular social media company drew criticism following the 2016 election for serving as a breeding ground for fake news (the real kind—not stories that you disagree with).

The new rules effectively end an economic incentive for pages to share fake news and grow their brands. If pages stop sharing fake news, Facebook will allow them to start buying ads again, according to the company.

“False news is harmful to our community,” Facebook wrote. “It makes the world less informed and erodes trust.”

Facebook isn’t the only place on the web trying to combat the spreading of fake news.

Fake News: The Game, available on all iOS devices, uses a Tinder-like interface to help people spot what news is fake and which stories are real. The makers of the game said as people played it more times, the better the user was at spotting fake news.