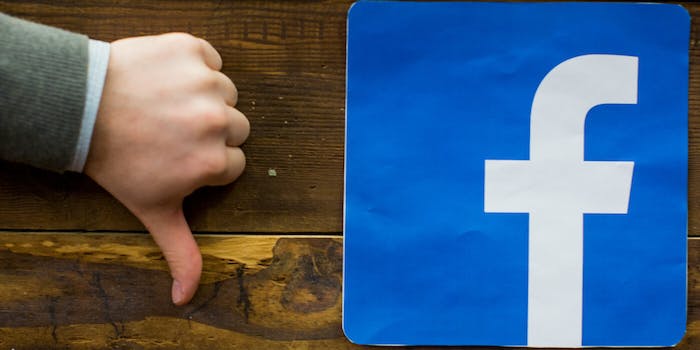 And they haven't even done anything yet.

On Wednesday, Facebook’s Oversight Board announced its inaugural members. The 20-person panel will review disputes over content moderation, with the power to override Facebook’s decisions.

Unsurprisingly, the news was met with criticism online, with some accusing the board of bias before it’s even gotten started.

Facebook CEO Mark Zuckerberg first described plans for an “independent body” with oversight powers in 2018. The process of actually appointing members, as described in a New York Times op-ed, took another 18 months. The first four members, now the “co-chairs,” were appointed by Facebook, and then went on to choose the other 16 members following a series of roundtables, workshops, and interviews.

Board members, who will serve three-year terms, include professors, journalists, lawyers, and a former prime minister of Denmark.

“The Oversight Board was created to help Facebook answer some of the most difficult questions around freedom of expression online: what to take down, what to leave up, and why,” explains board’s website. It goes on to describe how users will have the ability to appeal moderation decisions on both Facebook and Instagram for the Board to review using “independent judgement.”

Except some online believe the board’s makeup already prevents it from being fair. Despite the Board’s claim that the members represents diverse viewpoints, some conservatives, including a Commissioner of the Federal Communications Commission (FCC), have taken to social media to express their anger over the appointees.

At the center of the ire was Pamela Karlan, who caused a day-long news cycle when she used Barron Trump’s name in President Donald Trump’s impeachment hearing.

Of course, Facebook is certainly no stranger to criticism from across the political spectrum. The Oversight Committee seemingly anticipated some of the backlash, posting a tweet Wednesday afternoon noting “people will identify with some of our Members and disagree passionately with others.”

The Board says it is looking to ultimately expand to 40 members, and they expect to release more information on their procedures in coming months.