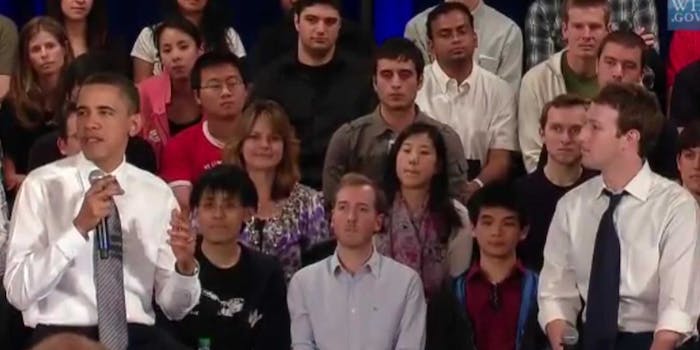 Conservatives will protest for “Freedom from Facebook” on July 4

Conservatives who feel Facebook has been censoring them will boycott the site Thursday.

Jan Binning has a little over 250 friends on Facebook. But like a lot of conservatives these days, she’s convinced the second biggest website and largest social network in the world is intimately concerned with what she tells them.

Facebook is censoring them, they say. So on Independence Day, a grassroots group of concerned Facebookers is boycotting the site for 24 hours.

“I was permanently locked out of my Fb page for saying frgging [email protected] in a Pm to a friend,” Binning wrote recently, using her Facebook account.

She was commenting on a story by Examiner writer Joe Newby, who’s done a series of what you might call exposés on Facebook’s supposed censorship regime. All of Newby’s articles have done very well on Facebook.

There’s plenty of anecdotal evidence to support Newby’s claims. The social network really did briefly block Fox News’s Todd Starns after he wrote about his admiration for the NRA, Paula Deen, and Jesus. It also temporarily shuttered the page for conservative duo Chicks on the Right shortly after they complained about liberals in a post (“Jay Carney can kiss my assular area” they wrote).

Convinced of Facebook’s censorship regime, Newby took to, well, Facebook, where he’s corralled more than 2,200 others to take part in the July 4 Boycott. And, yes, the date is symbolic, he explains.

On July 4, 1776, the Founding Fathers signed a document laying out their case against King George, pledging to sacrifice their lives, their fortunes and their sacred honor to throw off the shackles of tyranny.

Why is Facebook so concerned about what your wacky uncle is writing about the “gay agenda” or Obama’s war on guns? Newby and others point to Zuckerberg’s tendency to lean left (here he is sitting right next to President Obama at dinner!). But Facebook says the removals are an accident. A spokesperson told The Daily Beast:

“In the course of reviewing more than 1 million weekly reports stemming from more than 1 billion users, we occasionally make a mistake, as we did in this case. I’m always surprised that both sides of the political divide are always convinced that the individual mistakes that our reviewers make stem from partisanship, but I suppose I shouldn’t be by now. The mistakes that we make are in fact human error.”

Facebook’s response actually suggests something else might be at play. If the site receives millions of complaints every day, does it really look at each one? Is it really “human error”?

Not likely. What’s probably going on: Certain accounts are banned automatically after they pass a certain a threshold of complaints. Twitter will do the same thing if enough people report an account for spam. Many victims of the Facebook banhammer are frequent Facebook commenters on blogs around the Web. It’s no surprise they land in the crosshairs of liberal foes.

Last month, we found pretty compelling evidence that Facebook uses a less-than-human system to respond to complaints. When we went through the site’s official channels to report an Islamophobic page that blatantly violated Facebook’s hate speech policy, we shortly received an automated response telling us the page did no such thing.

But when we sent the company an email saying we planned to write a story about the page, Facebook changed its mind. Yes, a representative said, the Ban Islam page really did violate the hate speech policy. Facebook shut it down.

It seems pretty clear that no Facebook staffer had ever actually looked at our first complaint. So perhaps conservatives boycotting Facebook should instead be protesting its inhuman customer service.