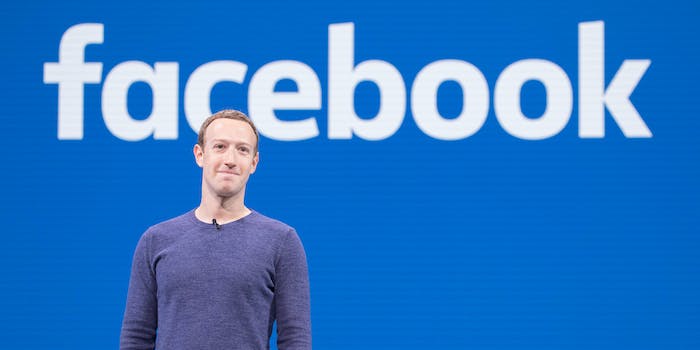 The posts reached thousands of people, according to Avaaz.

Facebook didn’t slap a fact-checking label on 60 percent of posts containing misinformation about the Georgia Senate runoff elections, according to a new report from a human rights group.

Avaaz looked at a cross-section of 204 Facebook posts in November that promoted 12 false claims that were debunked by the social media giant’s third-party fact-checkers. Around 60 percent of those posts didn’t have a label that showed that the information was false, or had just a general election label. The report found that the posts reached thousands of people.

The report also found that some posts with the same misinformation were simultaneously found with a label, with just a general label, and without a label.

Some of the claims in the posts included that Democrat Raphael Warnock, who is challenging Sen. Kelly Loeffler (R-Ga.), supported Fidel Castro, while others asserted that there was “significant fraud in the Georgia Presidential vote count,” Fadi Quran, a campaign director for Avaaz tweeted on Friday.

“We found that the 204 posts in its analysis received 643,406 interactions – likes, shares, comments, and clicks – meaning millions more likely saw them,” Quran tweeted.

In a statement, Quran added: “Georgia voters are just weeks away from deciding the direction of the U.S. Senate—and the direction of the country—and their News Feeds are being overrun with misinformation that could further erode trust in the election process and suppress turnout. Every day Facebook fails to correct the record and demote election disinformers in its algorithm, it rips the fate of this pivotal election out of voters’ hands and throws it to the wolves of disinformation and mass confusion that are continuing to put democracy at risk.”

Facebook is looking into the posts flagged by Avaaz, according to CNET.

Andy Stone, a spokesperson for Facebook, told Axios that the social media giant shared “Avaaz’s goal of limiting misinformation” and touted that the company partners with “more than 80 fact-checking organizations” and are “working to improve our ability to action on similar posts.”