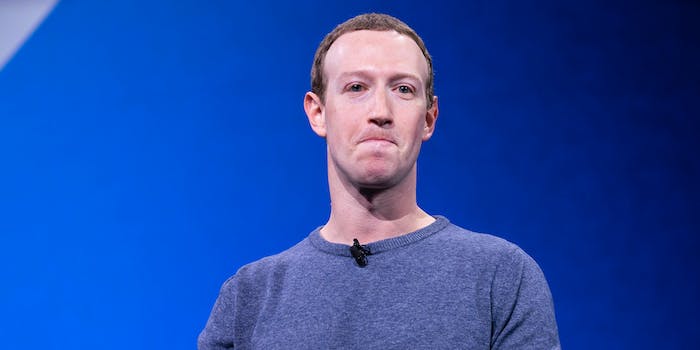 The week before the election, 5.3 billion ads were shown.

Ahead of the 2020 election, Facebook announced that it would place a moratorium on new political ads, but a new study shows that despite that effort, users saw more political ads than the week before the ban.

Facebook’s political ad policy—which essentially allows politicians to post whatever they want in ads, even if the information is false—has been met with fierce criticism. Amid that, Facebook announced in September that it would halt any new political ads from being shown to users in the week leading up to the 2020 election.

However, as experts pointed out, the one-week ban had a loophole—ads that were already approved could still run during the week ahead of the election, and advertisers could adjust who they wanted to target with the ad.

Damon McCoy, of New York University’s Online Political Ads Transparency Project, told the Daily Dot in late October that loophole created an “obvious strategy” for advertisers to “work in advance and do all your creative you want to run for that last week before the election and submit them and get them approved beforehand.”

Ultimately, it left the question open as to what kind of difference, if any, Facebook’s ad moratorium would have.

It appears the answer is not much.

Global Witness, a human rights group, released an analysis of political ads that ran between Oct. 28 and Nov. 3. It found that Facebook users were shown political ads 5.3 billion times during that span, a 5% increase than the week prior. Axios first reported on Global Witness’s findings.

“In an attempt to be seen to be doing something to address its concerning and outsized role in the U.S. presidential election, Facebook announced a measure that looked like it was putting its money where its mouth was—at first glance,” Naomi Hirst, head of the digital threats campaign at Global Witness, said in a statement.

Facebook gave a statement to Global Witness and said that “requiring all political ads to be submitted 10 days before the election ensured our political ads library was fully populated in advance—and that all the ads would be available for scrutiny. This was an important measure to combat misinformation and it helped.”

Shortly after the election, Facebook announced that its new political ads moratorium would be extended for another month.