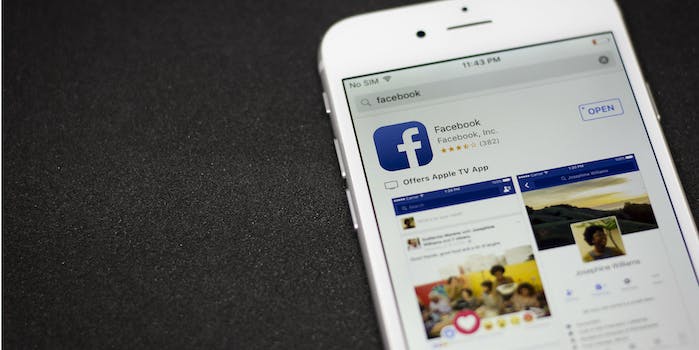 The social network says it has no plans for a worldwide rollout.

Facebook is trialing a major change to the News Feed that puts the spotlight on your friend’s posts.

The new system kicks almost all non-promoted content to a secondary feed and replaces it with posts from friends and sponsored ads. The trial began last week in six countries—Bolivia, Guatemala, Cambodia, Slovakia, Serbia, and Sri Lanka.

The News Feed update could spell disaster for small publishers that rely on its site to reach their audience. Slovakian journalist Filip Struhárik told the Guardian, “Pages are seeing dramatic drops in organic reach. The reach of several Facebook pages fell on Thursday and Friday by two-thirds compared to previous days.”

User engagement with Facebook pages reportedly plummeted 60 to 80 percent, enough to shut down smaller publications or larger ones that rely on the platform, according to the Guardian. Facebook-owned analytics site Crowdtangle confirmed that the top 60 Slovakian Facebook pages saw a two-thirds to three-fourths decrease in audience reach overnight.

Matti Littunen, a senior research analyst at Enders Analysis told the Guardian, “The biggest hits will be to the likes of BuzzFeed, Huffington Post, and Business Insider, who create commoditized content aiming for the biggest reach.”

“With all of the possible stories in each person’s feed, we always work to connect people with the posts they find most meaningful,” Facebook said in a statement. “People have told us they want an easier way to see posts from friends and family, so we are testing two separate feeds, one as a dedicated space with posts from friends and family and another as a dedicated space for posts from Pages.”

In an expanded statement to Engadget, Facebook clarified it has “no plans” to launch the feature globally. Facebook has made a number of changes to its News Feed in the past few months. In August, it freshened things up with new colors and fonts. It also recently unveiled new tools to help users avoid fake news.