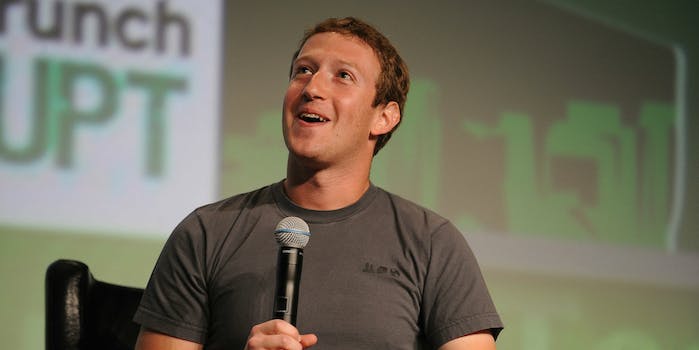 Don't get your hopes up just yet.

Would you invest in Zuckcoin? You may soon get the chance.

Facebook is reportedly considering launching its own cryptocurrency for its more than 2 billion users to make payments worldwide, according to a report from Cheddar.

“They are very serious about it,” one anonymous source told the news outlet.

We don’t know too many details about the rumored currency, but Facebook has supposedly been looking into blockchain, the technology behind secure digital transactions, for the past year. Reportedly joining Morgan Beller, a member of Facebook’s development team, in researching blockchain is the company’s vice president of Messenger, David Marcus, who will lead an expanded team. Marcus, an early Bitcoin investor and board member at Coinbase, interestingly worked at Paypal, a service people can use to make payments on Messenger.

The social media juggernaut, which banned cryptocurrency ads earlier this year, confirmed its curiosity in a statement to Cheddar but kept things vague.

“Like many other companies Facebook is exploring ways to leverage the power of blockchain technology,” a spokesperson said. “This new small team will be exploring many different applications. We don’t have anything further to share.”

You still shouldn’t expect to make digital payments on Facebook or its other platforms for a while—perhaps years. Marcus told CNBC in February that despite his interest in the blossoming technology, it won’t play a roll in the platform anytime soon.

“Payments using crypto right now is just very expensive, super slow, so the various communities running the different blockchains and the different assets need to fix all the issues, and then when we get there someday, maybe we’ll do something,” he said.