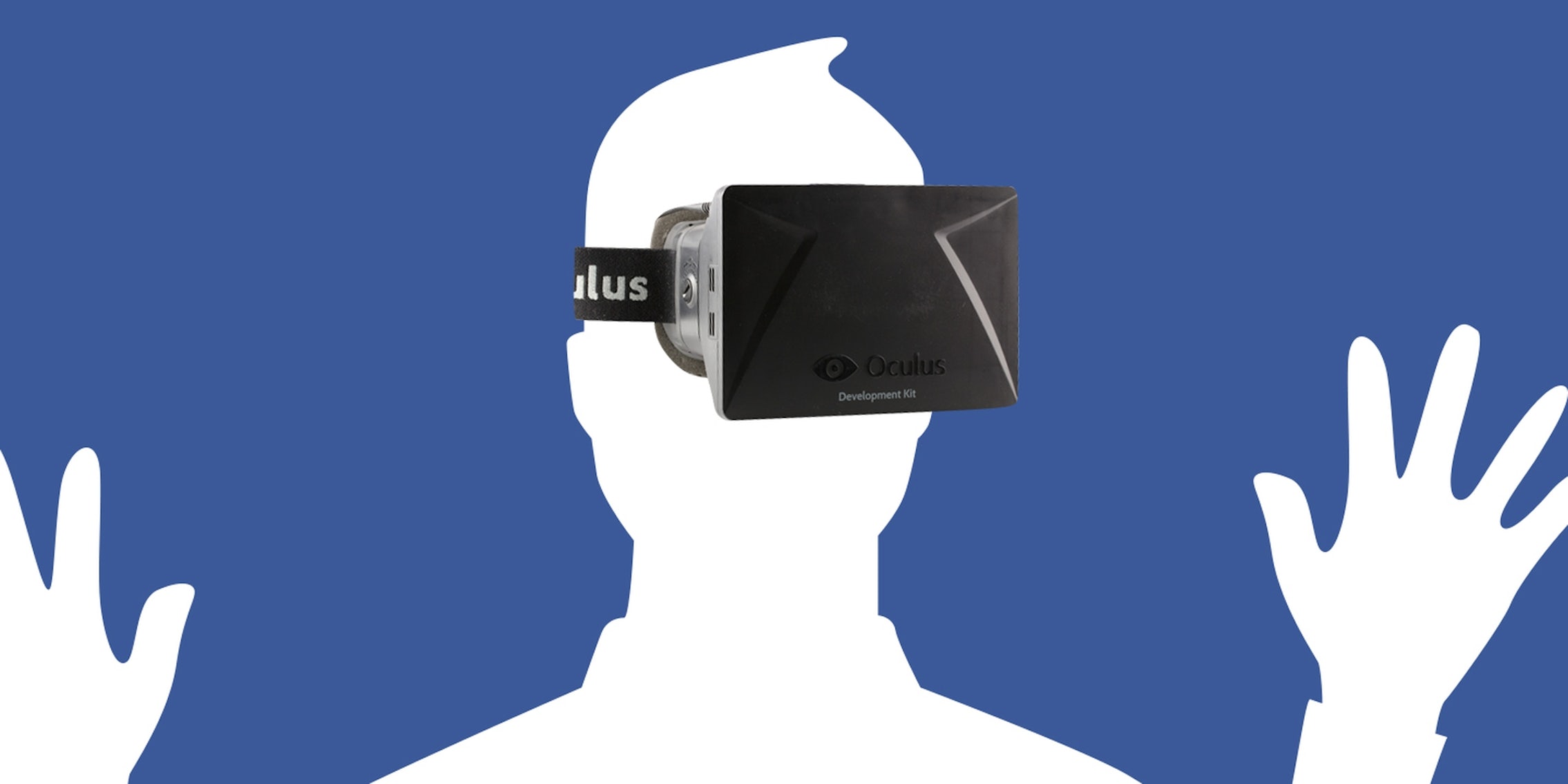 Are 3D pokes in our future?

Facebook has purchased virtual reality company Oculus VR for a total of $2 billion. Oculus will retain its Irvine, Calif., headquarters and continue to make its marquee virtual reality headset, the Oculus Rift.

Oculus fans aren’t happy. On Reddit, r/Oculus users dropped 100 F-bombs in under an hour. A developer who hoped to bring Minecraft to Oculus says the deal is off. “Facebook creeps me out,” he tweeted.

Mark Zuckerberg took to Facebook to further explain the purchase, emphasizing that Facebook will first pursue immersive gaming experiences by using the company’s technology. But his plans are even larger than 3-D FarmVille: Zuckerberg is talking about turning Oculus into a platform for distance education and healthcare.


This isn’t Facebook’s largest purchase of the year (that honor goes to WhatsApp’s $19 billion deal)—but it might be the most exciting/terrifying.

Oculus, which was launched in 2012, is renowned for its cutting edge virtual reality technology, but it hasn’t broken through commercially, which may explain why WhatsApp is worth so much more while being so much less technologically advanced.

“We are excited to work with Mark and the Facebook team to deliver the very best virtual reality platform in the world,” Oculus co-founder and CEO Brendan Iribe said. “We believe virtual reality will be heavily defined by social experiences that connect people in magical, new ways. It is a transformative and disruptive technology, that enables the world to experience the impossible, and it’s only just the beginning.”

Update: During the investor call discussing the deal, Mark Zuckerberg went into more detail about how Facebook will use the Oculus acquisition. In addition to reiterating plans to start with immersive gaming, Zuckerberg said he thinks Oculus could become “the most social platform ever.” He also implied Facebook would use Oculus as part of its advertising push.