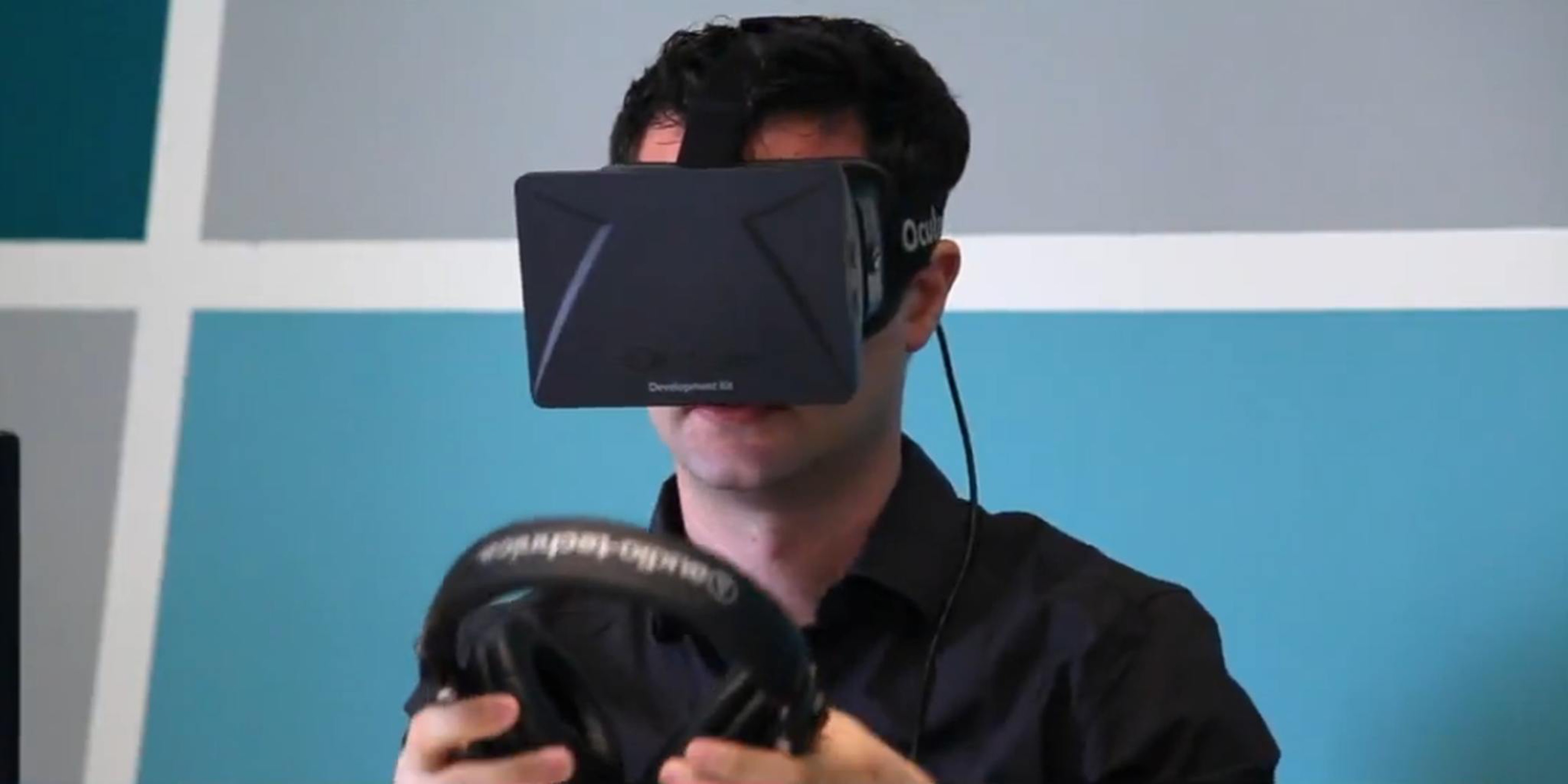 I tried Oculus Rift, and I never wanted to take it off

The virtual-reality headset has the potential to bring gamers the true next-generation video game experience.

Imagine playing a hands-free, motion-controlled game set in a virtual reality world, where your arms and body are simulated in the environment and react to your movements. A game like Child of Eden would be even more ridiculously immersive. A scrolling first-person shooter would jump to a new level of realism, and creeping through a haunted house or escaping zombies in a survival horror game would feel as though things are actually sneaking up behind you.

That’s the promise of Oculus Rift. It has the potential to bring gamers the true next-generation video game experience, above and beyond that of Xbox One and PS4.

The Oculus Rift is a virtual-reality (VR) headset that has to date secured over $91 million in funding and garnered the endorsements of gaming heavyweights like John D. Carmack, Gabe Newell and Cliff Blezinksy. Carmack even joined the Oculus team as CTO.

Developers have long struggled to create a compelling virtual reality experience. Past iterations have either been too gimmicky or, in the case of military-level flight simulators, cost prohibitive.

Remember Virtualboy, the clunky table-top “3D virtual reality” by Nintendo that hit the market in 1995? It was a total commercial failure, driven by poor marketing, a $180 price tag, and tech that wasn’t advanced enough to create an exciting experience. Virtualboy was also terribly uncomfortable to play. I mean, look at the thing. Who would want to spend even 30 minutes hunched over it? 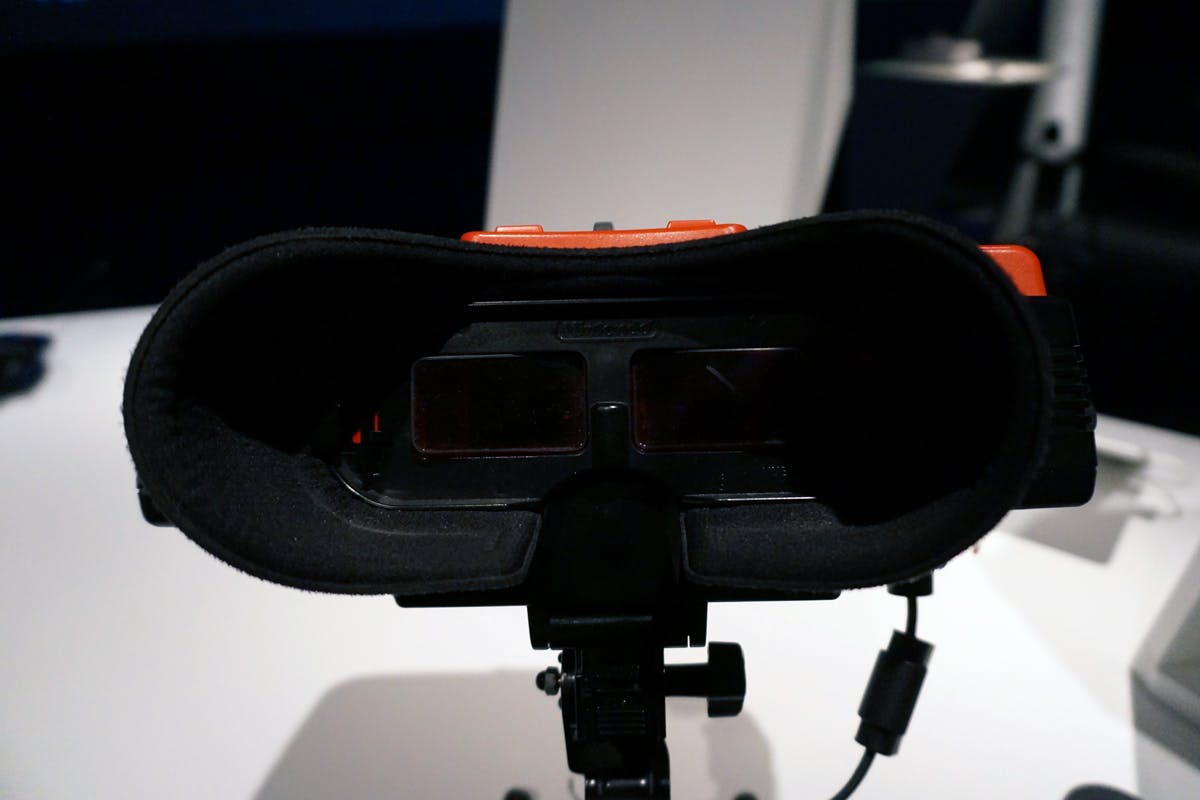 The difference with the Oculus is that it’s being built from the ground up to address what has been fundamentally wrong with VR devices. Namely, it’s focusing on comfort of use, ease of game development on a PC or Mac by game developers, an understanding of what makes a virtual-reality environment compelling,and how to use the right tech to achieve it. Oh, and a decent starting price point of $300. Granted, you’ll need a high-end computer to run the games.

For comfort, the Oculus team has devised a method of reducing motion blur in the newest version that greatly reduces nausea in the user. For developers OculusVR has created Unity, a game-engine development kit streamlined for ease of use to create games for Oculus Rift.

Simply put, this isn’t a device that’s being developed as a gimmick. OculusVR Inc. was founded and created by Palmer Luckey, who previously worked as an engineer at University Of Sothern California’s Institute for Creative Technologies (ICT) in the Mixed Reality lab. Luckey is a man with a passion for VR.

For all of these reasons and more, I really wanted to test out the Oculus Rift.

My short time spent with Oculus convinced me that it’s the real deal and has a serious shot at becoming a success. And that version wasn’t even close to being the full release.

The Oculus is the closest thing to a Star Trek-like holodeck that we’re going to get for a while. When you put it on, you forget that you have something strapped to your face, and the clear screen along with motion-controlled movement really truly does work to suck you into the game.

The mind boggles with the possibilities, and not just for gaming.

And think of the possibilities of using the Oculus in conjunction with hands-free controls like the Kinect. The Kinect, while innovative, hasn’t really come into it’s own yet, but using it with games paired with the Oculus could truly be out of this world.

Online multiplayer! Take your avatar into huge, realized worlds populated by other players. This would be like Second Life and World of Warcraft on ‘roids.

You’d never want to take this thing off your face. I certainly didn’t want to, even though I was getting a little sweaty. (There’s still some work to be done on comfort for extended play sessions.)

I do commend Microsoft and Sony for finally releasing their next-generation consoles, and they are most certainly a leap up from the Xbox 360 and PS3. But while they tout in commercials that players enter the game, Oculus Rift will actually deliver.

Unfortunately, we likely won’t see Oculus Rift anytime soon on Xbox One or PS4, as Palmer Luckey recently said the consoles are “too limited for what we want to do.”

Luckey is ambitious, and that ambition might keep Oculus off the major consoles for a while, but it could bring us the real next-gen gaming and virtual-reality experiences we’ve been dreaming about since we were kids. The consumer version doesn’t yet have a release date other than “2014,” but if you absolutely can’t wait, you can order an Oculus development kit right now.

Bring on the Oculus.