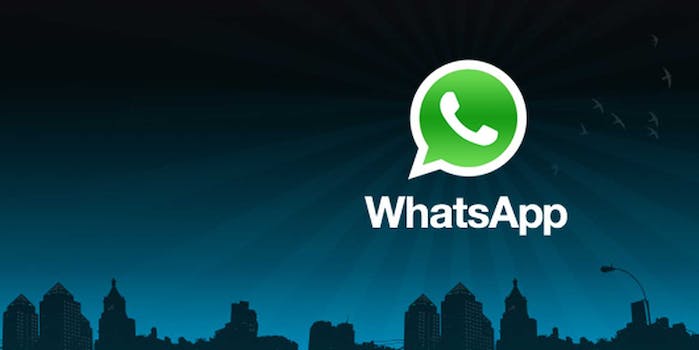 WhatsApp has been burning up the mobile scene, and now Facebook owns it.

Facebook has purchased popular messaging app WhatsApp for a reported $16 billion in cash and stocks—yes, that’s $15 billion more than the social network acquired Instagram for. [Update: While that was the initial figure, the AP says it’s actually $19 billion.]

The social network posted an announcement of the sale on its Newsroom blog.

“Facebook fosters an environment where independent-minded entrepreneurs can build companies, set their own direction and focus on growth while also benefiting from Facebook’s expertise, resources and scale. This approach is working well with Instagram, and WhatsApp will operate in this manner,” the post reads. So it’s going to stay a standalone with its own branding.”

And WhatsApp will not be folded into Messenger, strangely enough, since they’re competing services. “WhatsApp’s core messaging product and Facebook’s existing Messenger app will continue to operate as standalone applications.”

From the language used in the press release, it seems as though Zuckerberg is framing the purchase as part of his mission to get everyone in the world online: “WhatsApp is on a path to connect 1 billion people. The services that reach that milestone are all incredibly valuable,” Zuckerberg said.

WhatsApp is incredibly valuable; in addition to an active user base of 450 million, the service is very popular with young people, which is the demographic Facebook needs to be most concerned about keeping interested. This is makes the move a wise purchase right there, because Facebook just bought a whole bunch of users.

Facebook is hosting an investor call to discuss the specifics of this purchase later today; details to follow.