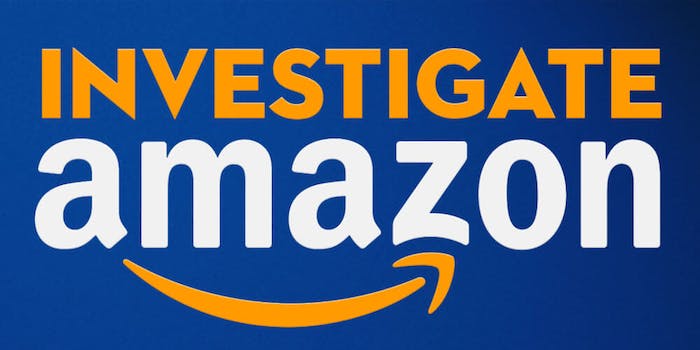 A website calling for Amazon to be investigated over its products was temporarily blocked by Facebook on Tuesday for unknown reasons.

“Amazon’s business model is surveillance,” the campaign says. “They infiltrate our neighborhoods and homes with products that record everything we do.”

The campaign specifically cites products such as the always-listening Echo, the facial recognition tool Rekognition, as well as the Ring doorbell camera, which police have warrantless access to in more than 600 cities.

Yet users who attempted to share the link to investigateamazon.com on Facebook discovered that the URL was blocked.

As noted by Gizmodo, users were met with a message informing them that the link violated Facebook’s community standards. Facebook later told Gizmodo that it did not know why the link was being blocked and that the issue was being investigated.

Evan Greer, Fight for the Future’s deputy director, said that regardless of the cause, “the campaign page that we made to give people a voice in their democracy is being blocked by a Silicon Valley giant.”

After the uproar, Fight for the Future stated on Wednesday that the link was no longer blocked. It did not hear from Facebook, however, on what caused its link to be banned in the first place.

This may have just been a glitch.

It may have been human error.

It may have been a nefarious conspiracy to censor content critical of Big Tech's data harvesting practices.

Because of Facebook's lack of transparency and accountability, we'll likely never know.

The campaign comes just days after it was revealed that Ring once made plans to integrate facial recognition into its product to create watch lists based on suspicious people captured by the doorbell camera.

Five Democratic senators also recently wrote an open letter to Amazon CEO Jeff Bezos after it was learned that footage captured by the cameras was being shared with research and development teams in foreign countries, such as Ukraine.