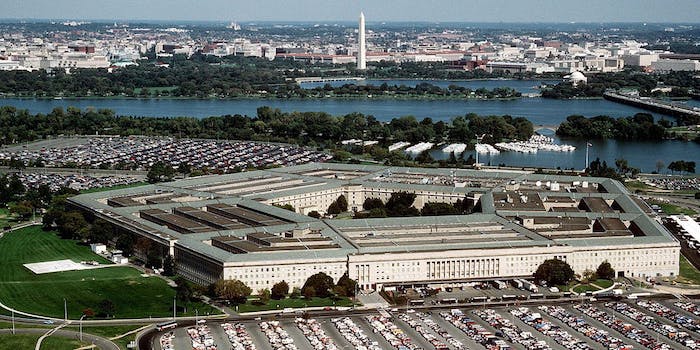 The company believes Trump's bias led the contract to go to Microsoft instead.

Online retail giant Amazon has sued the Pentagon over claims that President Donald Trump’s bias against the company led it to lose a multi-billion dollar contract.

The lawsuit was filed on Friday in response to the decision from the Department of Defense (DoD) last month to award Microsoft with the $10 billion project.

Known as the Joint Enterprise Defense Infrastructure, or JEDI, the project gives Microsoft the green light to manage the DoD’s cloud computing infrastructure for the next 10 years.

The company intends to cite four videos of Trump showing “unmistakable bias” as part of the case, including one from a February 2016 campaign event in Texas.

“I have respect for Jeff Bezos, but he bought the Washington Post to have political influence. … He owns Amazon. … He wants political influence so that Amazon will benefit from it,” Trump said at the time. “That’s not right. And believe me, if I become president, oh do they have problems. They are going to have such problems.”

An Amazon spokesperson has reiterated the company’s previous stance that it is “uniquely experienced and qualified to provide the critical technology the U.S. military needs.”

“We also believe it’s critical for our country that the government and its elected leaders administer procurements objectively and in a manner that is free from political influence,” the Amazon spokesperson added. “Numerous aspects of the JEDI evaluation process contained clear deficiencies, errors, and unmistakable bias—and it’s important that these matters be examined and rectified.”

Microsoft, on the other hand, says it’s “ready to get to work so the men and women in uniform who serve our country can access the critical new technology they urgently require.” The tech company also defended the DoD and its decision to choose them over Amazon.

“We have confidence in the qualified staff at the Department of Defense, and we believe the facts will show they ran a detailed, thorough and fair process in determining the needs of the warfighter were best met by Microsoft,” the company said, per the Washington Post.

Unsurprisingly, the DoD is defending its actions while siding with Microsoft.

“The source selection process was conducted in accordance with the stated criteria in the solicitation and procurement law,” a DoD spokesperson said, per the Washington Post. “Our focus continues to be on getting the warfighters these much needed capabilities as quickly and efficiently as possible.”

Amazon also says that it chose to file the suit under seal in an attempt to protect “proprietary information, trade secrets, and confidential financial information.”