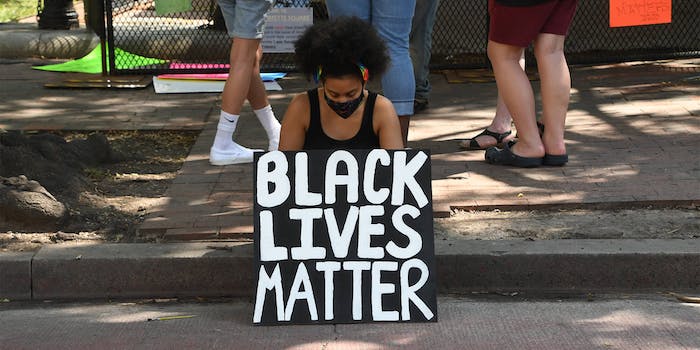 The pro-Black Lives Matter demonstration had only been scheduled for a matter of days before it was postponed earlier this week. Interest wasn’t high. Only three people said they’d go; another 10 said they might.

The lack of interest wasn’t surprising. The host created its Facebook page on Aug. 6 and hasn’t yet cracked 30 likes.

Nevertheless, From Cities to Suburbs: ACT 1 stirred up quite the controversy among some progressives in the Austin, Texas area. They believe it was planned to create a clash between participants and counter-protesters. The event organizer says that’s ridiculous.

No matter who’s right, the incident illustrates a glaring gap in Facebook’s policies that makes it possible for bad actors—be they foreign or home-grown—to use the platform for nefarious purposes, such as sowing discord and creating or undermining support for a cause or candidate.

Whether intentional or not, the policy has unquestionably helped fuel controversy over the Austin event.

Because Facebook doesn’t require event, page or group creators to reveal their identities or locations, progressives in Austin became extremely suspicious when an unknown group launched a Black Lives Matter event without their input.

Event organizer From Cities to Suburbs‘ “page transparency summary” only reveals the date it was created, that it’s not running ads, and that its name hasn’t changed.

The dearth of information helped fuel speculation that it was posing as an ally to malign Black Lives Matter.

They said suspicions were initially raised because no one had heard of the group and the only person who seemed to be sharing the event on local Facebook pages opposes anthem protests and supports police. Among that individual’s “likes” is a Republican congressional candidate who’s involved with a counter-protest that was planned shortly after From Cities to Suburbs: ACT 1 was scheduled.

“There’s no local Democrats or activists involved—and the person promoting this event, seems to be connected to counter-protesting groups— as far as we can tell, someone just tried to incite a possible violent event in our community,” Lake Travis Progressives said.

From Cities to Suburbs calls such accusations laughable.

“Hahahah, yeah no it’s not a hoax,” the group said via messenger.

“We are an organization of allies to the Black Lives Matter movement and antifascist activists with years of organizing and activism under our belts, who believe that the unspoken fascism that infests many American suburbs needs to be combated and confronted head on.”

From Cities to Suburbs said that they had “no idea” anyone thought their event was illegitimate. They declined to reveal organizers’ identities, citing the harassment and targeting often experienced by activists in this field.

They say that the group was created in response to a news report that a local swap group had added an admittance question asking whether people support Black Lives Matter, antifa or Democrats.

The swap group is in Lakeway, an affluent, 90% white area near Austin, also the location of the now-postponed protest. The story was reported on Aug. 5, one day before the group was created.

“We were formed after hearing those that work, live and exist in these ‘suburban communities’ being saddened by the uptick of racist agitation among those they live and work with,” From Cities to Suburbs said.

“The intent of this action is to remind the people that the fight for black lives and eventual abolition of the police state will not be restricted to certain ZIP codes and arbitrarily created county/city/town lines that are historically racist and classist,” they also said.

Lake Travis Progressives remain convinced that it was all designed to convince suburbanites that Black Lives Matter and antifa are dangerous, violent, and poised to invade their community.

It’s impossible to be certain which is correct. But the fact remains that Facebook’s policies make it possible to create a group, event, or page specifically to misinform, malign or exert undue influence.

Some of these very acts were used by Russians to meddle in the 2016 elections. The Senate Committee on Intelligence found that Russian operatives masquerading as Americans created pro-Donald Trump Facebook events in Florida that the campaign helped out with and Americans unwittingly attended.

Although it has made some changes since then, at least one policy the Russians exploited in 2016 remains. Those who create pages, groups or events aren’t required to reveal anything about themselves. There’s no way to know who, or even where, they are.

Changing this would add another layer of transparency and trustworthiness, two things Facebook has worked to improve.

The FBI has already issue a warning that the Russians will attempt to influence the upcoming election. Nevertheless, Facebook is essentially enabling Russia, or anyone else, to use the same playbook—if they aren’t already.

“This really emphasizes that Facebook has to show some transparency into who manages pages that pop up like this before an election, and we would like them to provide the name of the administrator of this page upon request,” Lake Travis Progressives said.

“This person could have incited violence and injury, and the community has a right to know who is trying to damage it.”