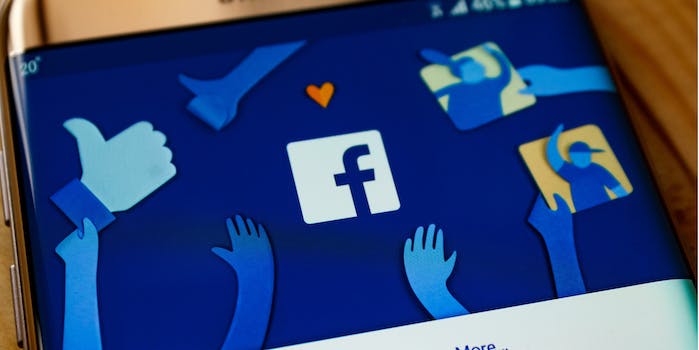 The listing takes you to its page on fighting election interference.

In an ironic bid to save its image, Facebook is buying up ads on Google as damage control for its role in Russian election interference.

Type in any search with “Russia” and “Facebook” and the result at the top of Google will be an ad from the social network. The link, with the headline, “We Take Trust Seriously,” directs you to Facebook’s Community Page on what it’s doing to protect people from election interference.

The nine points listed on the site follow those outlined by Mark Zuckerberg in a Sept. 21 live stream. The CEO spoke directly to his 2 billion users, vowing to take action against election interference and the spread of misinformation. Zuckerberg said he shared 3,000 ads with Congress that appeared to have come from the Kremlin-backed Internet Research Agency. He also promised to hire 1,000 more people to the ad monitoring team.

“We recently announced a nine-point plan to protect our community from election interference around the world and promote authentic civic engagement on Facebook,” a Facebook spokesperson told Mashable. “Over the past couple of weeks, we placed advertisements in several newspapers and online news publications, as well as search, outlining this plan. We take the trust of the Facebook community seriously and want to be clear that we’re taking immediate action.”

Motherboard points out that Facebook also purchased full-page ads in the New York Times and Washington Post to win back its users.

The company hosting Facebook’s ads is caught up in its own advertising controversy after a Washington Post report on Monday alleged that Russian agents spent “tens of thousands of dollars” on Google’s platforms—YouTube, Gmail, and search—to spread propaganda.

Facebook has faced strong criticism since revealing it sold $100,000 in ads to Russian “troll farms” who used them to cause political unrest and drive a wedge between Americans during the 2016 presidential election.

The brunt of people’s outrage has been directed toward Zuckerberg, who previously dismissed accusations that his platform could be used by Russia to influence an election, calling it “pretty crazy.” He later apologized.

“Calling that crazy was dismissive and I regret it. This is too important an issue to be dismissive.”

Facebook and rival Twitter have agreed to testify publicly in front of the Senate Intelligence Committee on Nov 1. Google was also invited but hasn’t announced its plans.