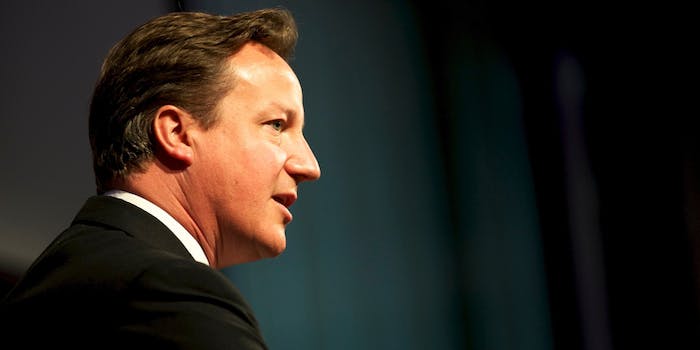 One of British Prime Minister David Cameron’s most worrisome proposals—forcing U.K. ISPs to automatically block porn—has caught the attention of the European Union, which is reportedly planning an international response to the proposal.

But the EU has taken notice of Cameron’s plan and is drafting rules to block it. The Sunday Times obtained a document prepared by the Council of the European Union—which is comprised of representatives from EU member-states’ governments—that would make the censorship scheme illegal.

“Rather than implementing a default block on pornography, the Council of the European Union believes that users should opt in to web filtering and be able to opt out again at any time,” BetaNews explained. “This is precisely the opposite to the way Cameron would like things to work.”

The opt-in approach mirrors a 2011 agreement between Cameron and British ISPs in which the companies began requiring customers to affirm that they wanted to be able to access pornographic material.

The Department for Culture, Media and Sport, the U.K.’s Internet regulator, is annoyed that the EU is trying to preempt Cameron’s new policy.

“The UK government will not support any proposals that do not allow us to maintain our child protection policies or bring forward new policies,” a DCMS spokesman said.

In an interview with the Sunday Times, John Carr, a member of the UK Council for Child Internet Safety’s executive board, said that if the EU proposal were adopted, “a major plank of the UK’s approach to online child protection will be destroyed at a stroke.”

Photo via DFID – UK Department for International Development/Flickr (CC BY 2.0)