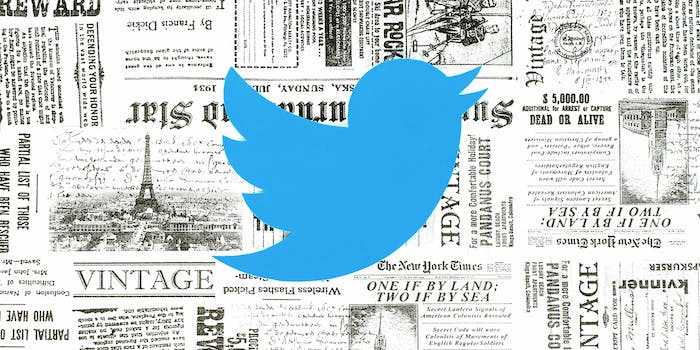 The ruling will likely be appealed.

You could be infringing on copyright just by embedding a tweet in an article or blog, according to a New York Federal court ruling on Thursday. The decision was made as part of a lawsuit filed by photographer Justin Goldman, who accused nine news outlets of copyright infringement for embedding a tweet containing his photograph.

In 2016, a number of popular news sites including Time, Vox, and Yahoo, published stories with a photo of NFL quarterback Tom Brady. Goldman had taken the photo and posted it on his Snapchat story. People screengrabbed the image and uploaded it to Twitter where news outlets copied the links and embedded it in articles. Goldman sued, claiming the incident violated his exclusive right to display the photo. The judge agreed.

“Having carefully considered the embedding issue, this Court concludes, for the reasons discussed below, that when defendants caused the embedded Tweets to appear on their websites, their actions violated plaintiff’s exclusive display right; the fact that the image was hosted on a server owned and operated by an unrelated third party (Twitter) does not shield them from this result,” the ruling states.

Internet advocacy group Electronic Frontier Foundation hit out at the decision in a post on Thursday, claiming the new rule, “would threaten the ubiquitous practice of in-line linking that benefits millions of Internet users every day.” The group says that if the ruling is appealed, the Second Circuit will need to decide whether to enforce the new rule or stick with the ruling of “Perfect 10 v. Amazon.”

According to the EFF, Judge Katherine Forrest rejected the Ninth Circuit’s “server test” in part because she considered embedding a “highly technical process done by coders,” one that puts publishers at fault.

Forrest did acknowledge the ambiguity of current legislation and acknowledged potential defenses to liability.

“In this case, there are genuine questions about whether plaintiff effectively released his image into the public domain when he posted it to his Snapchat account.” She added, “There is also a very serious and strong fair use defense, a defense under the Digital Millennium Copyright Act, and limitations on damages from innocent infringement.”

The ruling will likely be appealed. If it’s upheld, millions of people would be violating copyright.