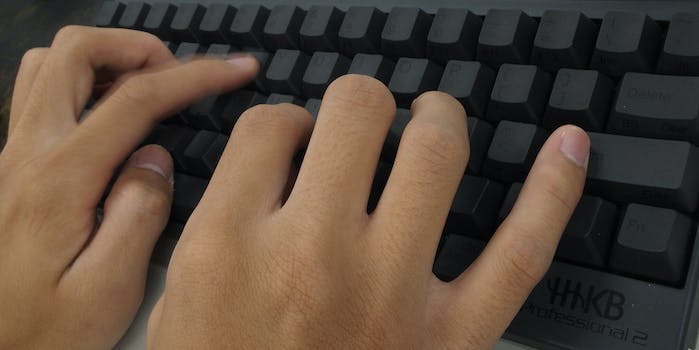 They forgot to double check before hitting 'send.'

An email mistakenly sent to the wrong person has launched a Justice Department inquiry.

The Washington Post reports that a federal prosecutor is looking into a noted conspiracy theorist and a White House-linked doctor over claims that a malaria drug is an effective treatment for coronavirus.

Zelinsky is looking into crimes related to coronavirus for the Justice Department. He previously was on Robert Mueller’s team investigating the 2016 election, for which he spent months scrutinizing Corsi, the Post reports.

The inquiry appears to hinge on whether Dr. Zelenko and/or Corsi have been fraudulent in their communications about treating coronavirus with hydroxychloroquine, the anti-malarial drug that President Trump spent months touting. Last week, the Food and Drug Administration warned against its use outside of a hospital or clinical trial due to reports of “serious heart rhythm problems.”

In the email, Corsi accidentally sent to the prosecutor, he reportedly wrote that Dr. Zelenko had “an FDA approved randomized test of HCQ underway.” (“HCQ” refers to hydroxychlorquine.)

The Post states that Dr. Zelenko has no such FDA test. According to the New York Times, Dr. Zelenko claims he gave a three-drug cocktail that included hydroxychloroquine to hundreds of coronavirus patients, some with mild to moderate symptoms. He says all survived without hospitalization.

After Dr. Zelenko made this claim on a YouTube video addressed directly to Trump, Sean Hannity touted it on his shows, Zelenko was contacted by the White House, and Rudy Giuliani, Trump’s personal lawyer, praised him on his podcast, the Times adds.

Upon receiving Corsi’s email, prosecutor Zelinsky requested all his communications with Dr. Zelenko. Corsi said on YouTube yesterday that he handed them over.

The Post reports that when Corsi pressed Dr. Zelenko on the test, he admitted that it was approved by an internal hospital panel, not the FDA.

Corsi also said that he told Dr. Zelenko that he couldn’t say he had an FDA test if it wasn’t true and that he thought Dr. Zelenko was just confused about it meant to have an FDA-approved test.

Corsi, who reportedly worked with Roger Stone to obtain the Democratic National Committee’s hacked emails from WikiLeaks, also runs a telehealth website. For a consult fee of $59.95, people can schedule a virtual doctor’s appointment for a variety of conditions, including COVID-19, the disease caused by coronavirus.

Dr. Zelenko is described as an unpaid “medical adviser” on another of Corsi’s websites. The site also sings the praises of hydroxychloroquine, or HCQ, for treating coronavirus.

Both Corsi and Dr. Zelenko are critical of Dr. Anthony Fauci, the nation’s leading infectious disease expert. Dr. Zelenko accuses Dr. Fauci of opposing hydroxychloroquine for treating coronavirus out of financial and personal reasons. There is no evidence this is true.

On Wednesday, Corsi, a noted conspiracy theorist, wrote a blog called, “Why does Fauci hold patents on a key HIV component used to create COVID-19.” In the post, Corsi claims coronavirus is a bioweapon and implies Dr. Fauci was involved in creating it. There is no evidence either allegation is true.

Through his attorney, Dr. Zelenko told the Post that he was unaware of any federal investigation and had not been contacted by prosecutors. The Justice Department declined to comment.