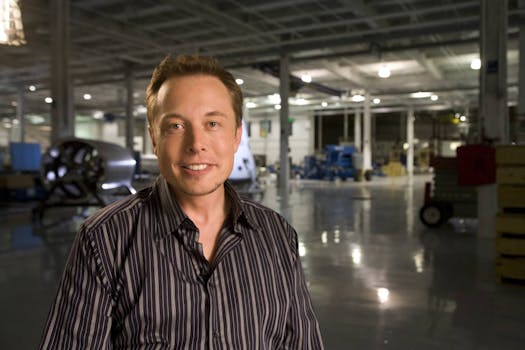 Elon Musk has a new top-secret plan for Tesla. Here’s what we think it is

Elon is a one-man moonshot machine.

Elon Musk revealed via Twitter on Sunday that he has a new masterplan for Tesla. The CEO of Tesla Motors was short on specifics for his upcoming plan, saying that he would publish the details this week.

Musk’s supposed new masterplan arrived just in time to quell the flames of Tesla Motors, which has taken a significant tumble in the stock market this year and recently came under fire following the first ever death to occur while using Tesla’s autonomous driving function.

The message somewhat circles back to a blog post the CEO published in 2006 titled “The Secret Tesla Motors Master Plan (just between you and me).” Musk used the post to lay out the framework for what would become the Tesla 3 and Model S.

While the first step of Musk’s new masterplan may very well be nothing more than a vague announcement to keep everyone calm until he actually comes up with an actual plan, he’s clearly a person with a lot of ideas floating around in his head.

Musk has never been short on short on long-shot plans—this is the guy who suggested we nuke Mars to make it inhabitable, after all. We think we have a beat on just what’s happening in the head of the super-villain-gone-good, so here’s five educated guesses at what Musk’s next masterplan is.

Telsa cars feature an autopilot mode, but autonomous cars will never reach their full potential until the roads are full of computerized cars that can communicate with each other. Maybe instead of trying to get everyone into a Tesla, Musk would rather get Tesla into every car with a plug-in that will make the vehicles communicate with one another.

Musk has, on many occasions, been compared to Tony Stark. It’s about time he truly embraces his role and just show up in the Iron Man suit during his next big announcement. Since he doesn’t need the Arc Reactor in his chest to prevent him from dying, he can use it as a branding opportunity by slapping the Tesla logo on there.

We learned earlier this year that Teslas can be used as boats. Despite the promises of classic film series/possible documentary Back to the Future, we were all tricked into believing that where we’re going, we don’t need roads. This is Musk’s opportunity to make good where Robert Zemeckis never could. Get the cars off the road and in the sky. There’s less traffic there anyway.

Speaking of taking cars off the roads…

Sometimes the best ideas are the ones right under your nose, and this one seems to be just too obvious for Musk not to pursue. As founder and CEO of both Tesla Motors and SpaceX, what’s to prevent him from utilizing the two brands for a joint venture that brings the luxury of a Tesla vehicle to the interstellar exploration of SpaceX?

Toss some solar panels from Solar City and there’s no such thing as flying too close to the sun.

It’s worth a shot, right?