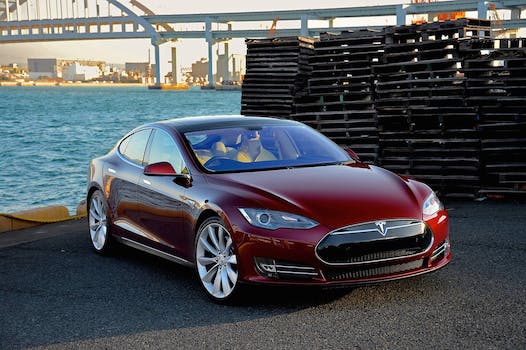 When you buy a new vehicle you can check out the owner’s manual for all kinds of useful details. How often do you need to change the oil? What sort of gas do you put in it? Is your car also a boat? As some Model S customers recently found out, Tesla’s popular electric vehicle can double as a dinghy in a pinch.

While not an official feature of the car, Tesla founder Elon Musk has revealed today that the Model S has the ability to function for short periods of time as a boat. Utilizing the thrust from the wheel rotation the car can propel itself forward in the water.

A driver in Kazakhstan was successfully able to drive their Model S through a flooded tunnel, and a news site picked up the story. Musk saw the story and offered some context via Twitter.

Tesla owner drives through a flooded tunnel & out the other side https://t.co/RmPxdZShhq

We *def* don't recommended this, but Model S floats well enough to turn it into a boat for short periods of time. Thrust via wheel rotation.

There’s even video from the driver in Kazakhstan, found by the story’s original source Electrek. Take a gander, and then remember how incredibly lucky this driver was that his car was a boat in disguise. Driving into flooded tunnels seldom has this happy of an ending.