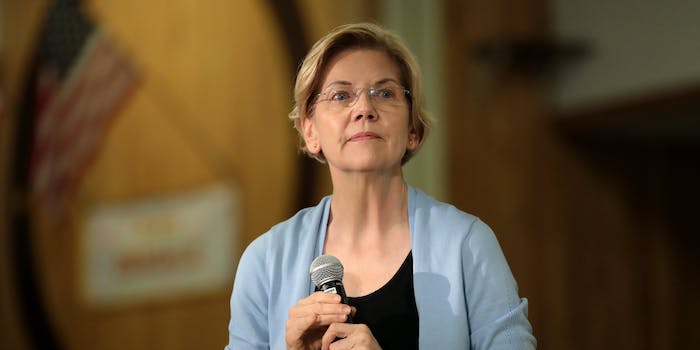 Warren calls for new law allowing presidents to be indicted

Sen. Elizabeth Warren (D-Mass.), one of the numerous Democrats seeking the party’s presidential nomination in 2020, said on Friday that Congress should pass a law allowing a sitting president to be indicted.

The call comes on the heels of Special Counsel Robert Mueller’s public statement where he said Justice Department policy made it “not an option” to indict President Donald Trump.

In it, Warren presented a multi-part plan.

“Congress should make it clear that Presidents can be indicted for criminal activity, including obstruction of justice,” Warren said. “And when I’m President, I’ll appoint Justice Department officials who will reverse flawed policies so no President is shielded from criminal accountability.”

First, Warren said Congress should pass a law clarifying that presidents can be held accountable “for violating the law, just like everyone else.” She also said obstruction of justice statues should “explicitly allow for indictment when the president abuses the powers of the office.”

You can read all of Warren’s post on Medium here.