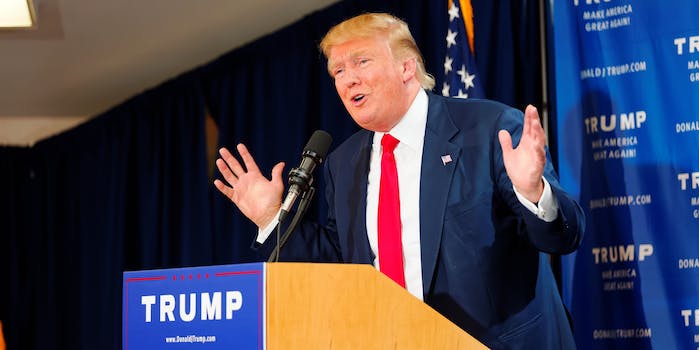 You win some, you lose some—kinda.

First, he lost the national popular vote in the 2016 presidential election to Democratic challenger Hillary Clinton. According to the latest tally, Clinton leads Trump by more than 2.67 million votes nationally. Of course, winning the national vote does not make one president in the United States. So Trump, with his 306 electoral votes over Clinton’s 232, will be president.

Trump followed that upset win by snagging Time magazine’s 2016 “Person of the Year” honor, despite losing the publication’s online poll of readers to Narendra Modi, India’s prime minister. Modi took 19 percent of the vote, while Trump received 7 percent, putting him in a three-way tie with WikiLeaks founder Julian Assange and President Barack Obama. Clinton came in at just 4 percent.

In both the national popular vote and the Time poll, Trump succeeded because the opinion of the overall masses was not the deciding factor. So, Trump may have risen to power as the ultimate outsider. But he has some establishment institutions to thank for his shortcomings.