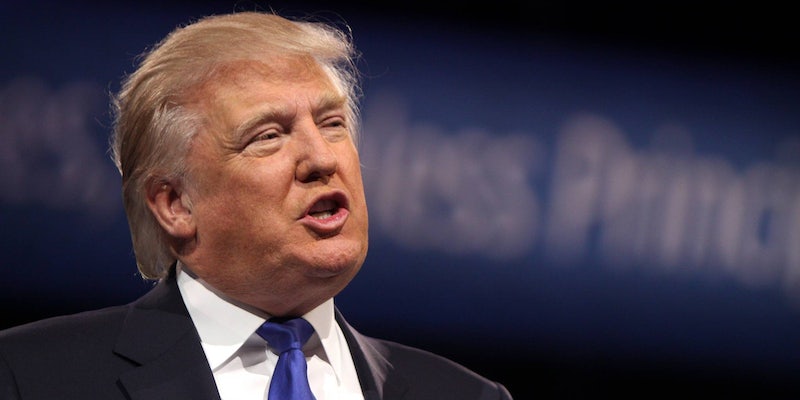 'The whole mental health issue is going to be a very important issue when I take over.'

Donald Trump on Monday suggested that some soldiers who suffer from post-traumatic stress disorder (PTSD) are not “strong” and “can’t handle” the pressures of combat while vowing to help solve the problem of veteran suicide.

Speaking before the Retired American Warriors Pac, the Republican presidential nominee addressed questions regarding the failing of the Veterans Administration (VA) and the widespread plight of suicide that takes the lives of some 22 veterans every day, according to a VA study released in July. More recent VA numbers show a decrease to 20 veteran suicides a day.

When you talk about the mental health problems, when people come back from war and combat, they see things that maybe a lot of the folks in this room have seen many times over and you’re strong and you can handle it, but a lot of people can’t handle it. And they see horror stories, they see events that you couldn’t see in a movie, nobody would believe it, and we need a mental health help and medical and … it’s one of the things that I think is least addressed, and it’s one of the the things I hear the most about when I go around and talk to the veterans. So we’re going to have a very, very robust level of performance having to do with mental health. We are losing so many great people that could be taken care of if they had proper care. You know when you hear 22 suicides a day … that should never be. So we’re going to be addressing that very strongly, and the whole mental health issue is going to be a very important issue when I take over. And the VA is going to be fixed in so many ways, but that’s definitely one of the ways we’re going to help. And that’s in many respects the number one thing we have to do because I think it’s really been left behind.

The comment received swift condemnation on social media, where Trump’s critics characterized the statement as an insult to veterans and supporters blamed the media and those same critics of taking the quote out of context.

Multiple studies have found that soldiers who have not been deployed remain at substantial risk of suicide. In total, more than 42,000 Americans die by suicide every year, making it the 10th leading cause of death in the U.S., according to the American Foundation for Suicide Prevention.

PJ Reikhoff, founder and CEO of Iraq and Afghanistan Veterans of America, attempted to add context to Trump’s statement that rose above the partisan bickering it ignited.

Every national leader has a responsibility to use accurate and appropriate language when talking about mental health and suicide especially.

Terms like "killing yourself" or "mental problems", or any any suggestion that suicide only impacts the weak, perpetuates stigma…

…it can also promote contagion and may discourage people from getting help for mental health injuries. Getting help is a sign of strength.

Trump, who critics point out received four deferments from the Vietnam draft, enjoys strong support among members of the United States military, leading Democratic rival Hillary Clinton by more than 20 points across branches of the military, according to a recent Military Times/Syracuse University poll.