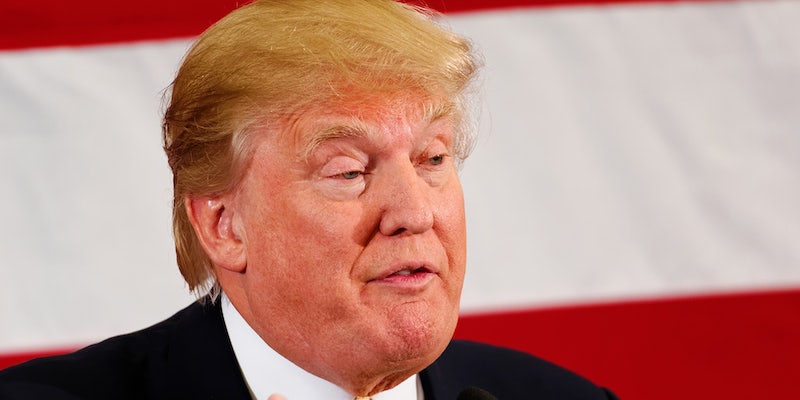 Donald Trump continues showing us how not to win friends and influence people.

With the possible exception of hard-line anti-immigration advocates, Donald Trump didn’t make many friends when he referred to Mexicans who cross the border as “rapists” and drug dealers during his presidential announcement last month. Trump hasn’t backed off those statements, though his brand has been dropped by everybody from NBC and Univision to Macy’s, and some opponents have even applauded him for mobilizing Latino voters to make it out to the polls.

But since we all know Trump is a master Internet troll, you likely won’t be surprised to learn that the real estate mogul and reality TV star has now taken aim at the wife of another Republican presidential candidate. What is surprising: He might actually regret it.

In a tweet published on July 4 that has since been deleted, Trump linked Republican 2016 frontrunner Jeb Bush’s stance on immigration to his wife, who is from Mexico. 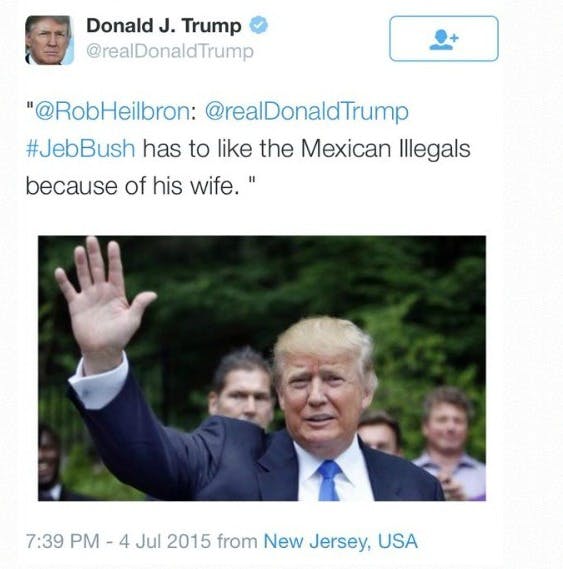 According to The Wrap, that tweet was live for about 24 hours before it disappeared.

Instead, we have this left in its place:

Bush and his wife, Columba, met as teenagers in Leon, Mexico, while Bush was on a high-school student exchange program.

Following Trump’s comments about immigrants, Bush told the New York Times, “To make these extraordinarily ugly kind of comments is not reflective of the Republican Party. He’s doing this—he’s not a stupid guy, so I don’t assume he thinks that every Mexican crossing the border is a rapist. He’s doing this to inflame and incite and to draw attention, which seems to be the organizing principle of his campaign.

“Politically, we’re going to win when we’re hopeful and optimistic and big and broad rather than errrrr, grrrr, just angry all the time,” Bush added. “This is an exaggerated form of that, and there is no tolerance for it.”